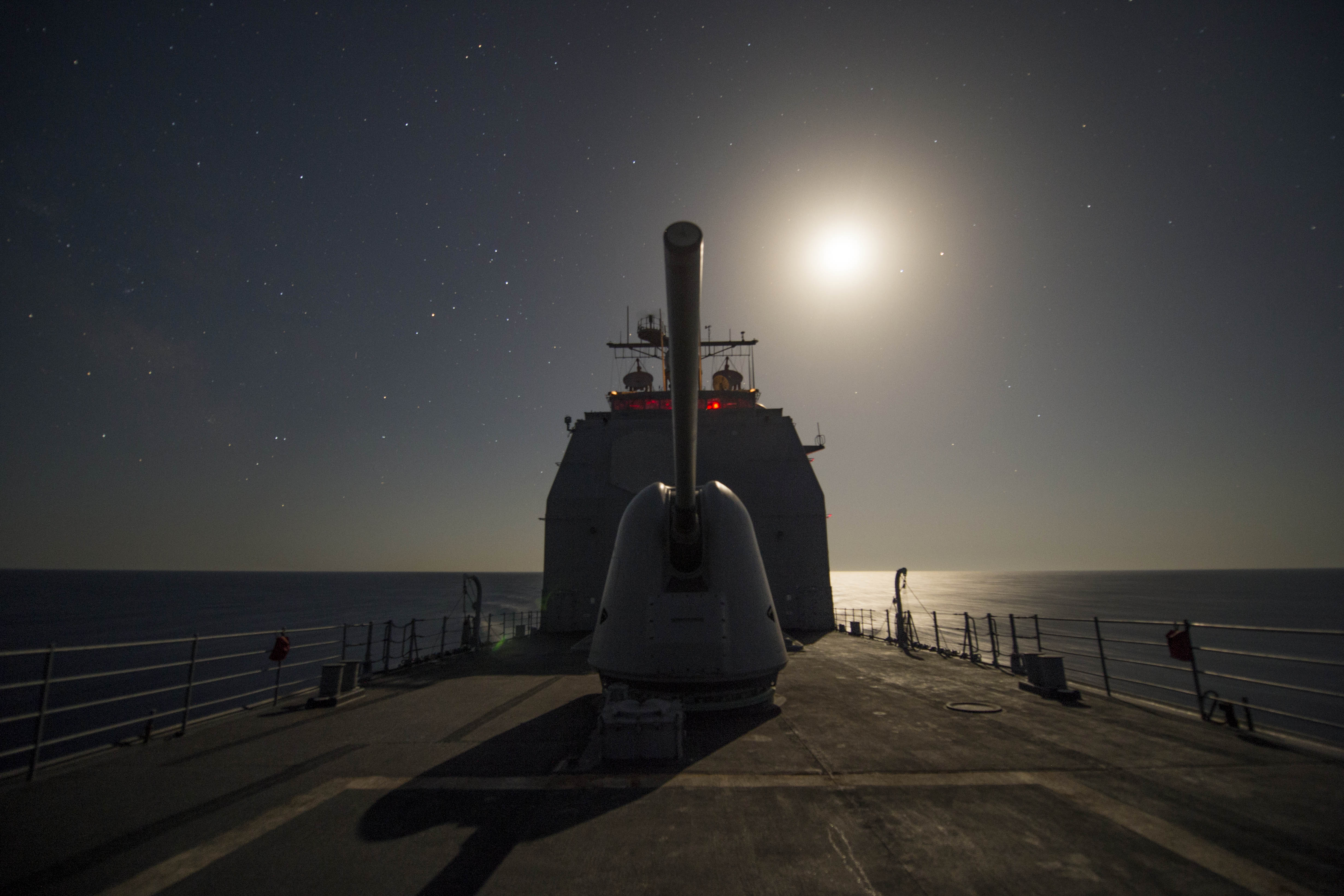 A U.S. guided missile cruiser has left the Black Sea on Tuesday, leaving a collection of NATO ships to maintain an ongoing presence mission following Russia’s seizure of the Crimea region from Ukraine.

“Exercise Breeze was an outstanding opportunity for Vella Gulf to collaborate with our NATO allies on a broad range of training exercises across all warfare areas,” said Vella Gulf’s skipper Capt. Robert Katz in a July 11 statement.

The departure of the cruiser leaves no American ship in the Black Sea but the numbers of NATO ships have been on the rise since March.

Ahead of Vella Gulf’s departure, there were nine NATO ships in the Black Sea on July 9, according to Russian state news service RIA Novosti.

The ships are part of NATO’s rotational Mine Counter-Measures Group TWO (SNMCMG2) which participated in the Breeze 2014 exercise.
In addition to the minesweepers, there are at least another NATO frigate and two intelligence ships, according to the Russian press.