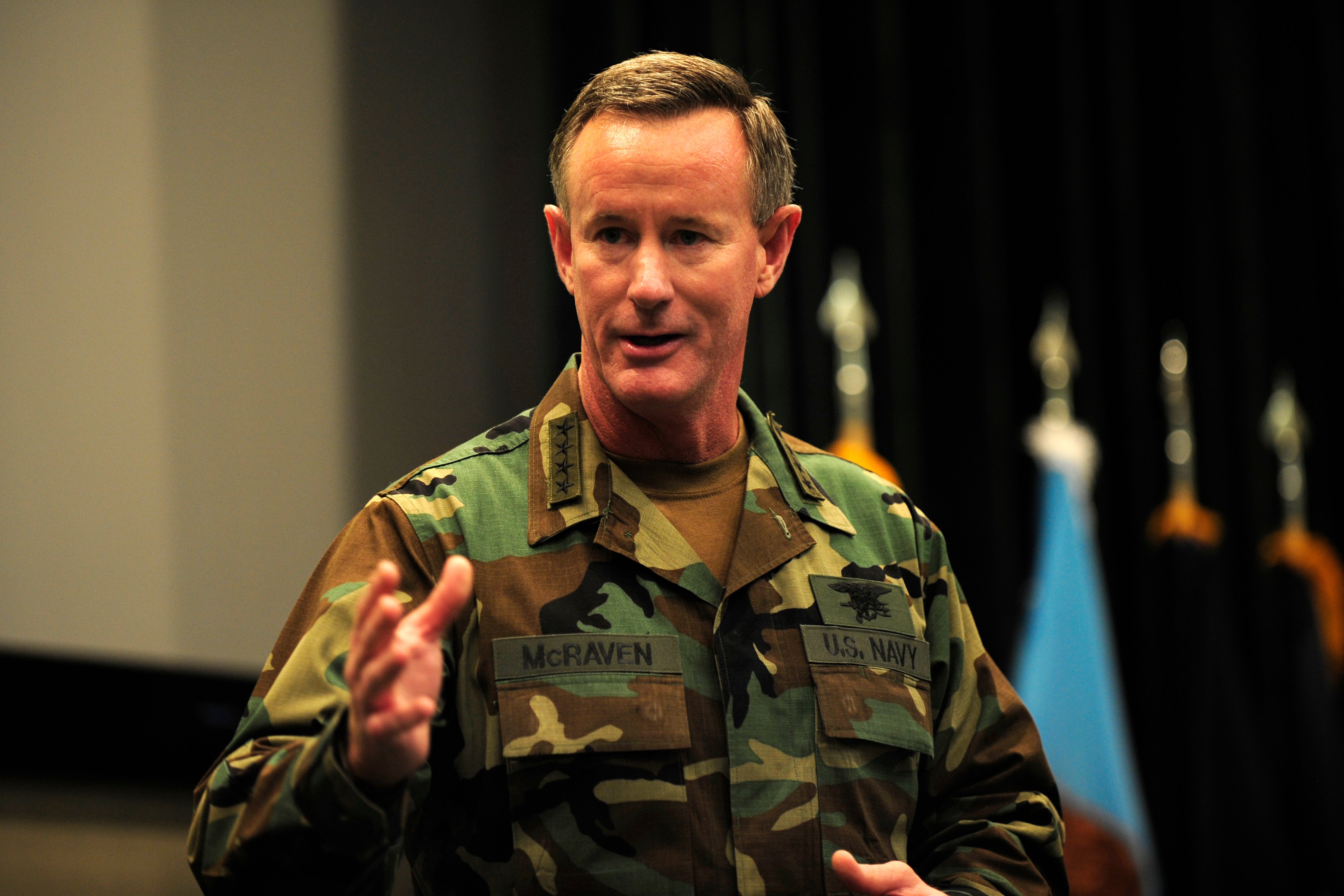 Now that Adm. William McRaven has announced his retirement, it is worth looking back at the contributions of perhaps the most influential Navy flag officer since Fleet Adm. Chester Nimitz.

The future of what the U.S. armed forces looks like is uncertain, but one constant will be the mark McRaven has left. He is preparing to retire from as the head of U.S. Special Operations Command, the nerve center of the effort to combat terrorism and other threats in the unlit spaces.

While the past decade has been dominated by Iraq and Afghanistan, the United States cannot take its eyes off the threat of transnational terrorism nor the special activities of a Russia, Iran, or China. To combat those threats, McRaven, his staff, and his counterparts have engaged willing nations the world over in building capacity, strengthening capabilities, and solidifying partnerships.

When they do, they should know that more than any other serving officer McRaven has postured the force to be better prepared when conflicts arise. He is perhaps the most accomplished flag or general officer of our time.

He holds the title of “Bull Frog”— the active-duty UDT/SEAL operator with the longest period of cumulative service.

Concurrently, he has increased SOF’s stature in Washington and established a framework to lead the interagency in the fight against globally dispersed networks.

When then-Secretary of State Hilary Clinton wanted to boast of the United States’ success at hacking al Qaeda, she took to the stage at the annual special operations conference, introduced by McRaven.

It was his deputy, Air Force General Marshall Webb, who is featured in the iconic White house situation room photo the night Osama bin Laden was killed.

McRaven is a proponent of the joint approach: early on in the global war on terror, the Pentagon “merged the two commando teams and headquartered the reflagged Task Force 121 [McRaven] in Baghdad,” reported The Washington Post.

Indeed, the forces under McRaven’s command time and again revolutionized the way technology was used to win the fight. Much of modern social analysis and mapping techniques, as well as Palantir’s tools and software like Analyst’s Notebook and Webee instant messaging, owe their success with government to organizations he led during his career.

And if that wasn’t enough, his 1993 thesis,”The Theory of Special Operations”, is required reading across government. Many career FBI personnel believe this thesis revolutionized the way FBI looks at counterterrorism. It is considered such a seminal work that Coast Guard special operations forces created a doctrinal foundation based almost exclusively on its contents.

Recent congressional testimony gives a window into the kind of transformative change McRaven has wrought across the interagency, to include the Department of State and much of NATO:

USSOCOM is working to develop opportunities to improve our partnership with regional Special Operations Forces (SOF). This approach was very successful in NATO, with the establishment of the NATO SOF Headquarters which allowed U.S. and partner nations to share information, improve interoperability and, when necessary, work together abroad.

While the NATO construct is unique in the world, we believe
there are other low-key opportunities that may present
themselves in other regions of the world.
In addition to the SOF capacity inherent in all GCCs (Global Combatant Commands) through the TSOCs (Theater Special Operations Command), USSOCOM also employs Special Operations Liaison Officers (SOLOs) in key U.S. embassies around the world.

Known for their agility, flexibility, and light-footprint approaches, SOF will increasingly serve as the principal means through which nations conduct counterterrorism campaigns.

SOCOM will play a large part in the execution, with or without a SEAL at the helm.

In 2012, the President and the Secretary of Defense released new defense strategic guidance, emphasizing the need to rebalance toward the Pacific. But the majority of the crises that the United States will be called on respond to won’t always be in Asia. Globally postured and forward deployed, the Navy that once fielded thousands of river rats to fight in Vietnam and put Seabees on the ground in Afghanistan will be called upon again and again to augment special operations forces.

As McRaven first said in his June 2011 testimony: “The world’s strategic environment has evolved toward one that is characterized more by irregular warfare activity rather than major nation state warfare […] we must confront this ‘new normal’ and posture our forces to be successful in it.”

The U.S. armed forces and a grateful nation are better prepared to face those challenges because of McRaven’s contributions.