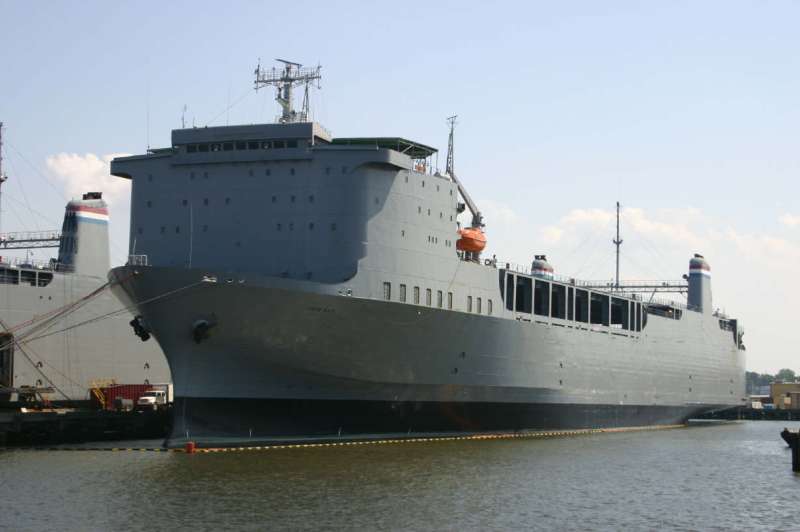 The U.S. ship that was quickly put into service to neutralize Syrian chemical weapons has departed Rota, Spain to take on the arms at an Italian port, Pentagon officials announced on Wednesday.

MV Cape Ray (T-AKR-9679) will take on the chemical weapons at Gioia Tauro and neutralize the weapons taken from the regime of Syrian dictator Bashar al-Assad as part of a deal — negotiated by the United Nations — that prevented U.S. retaliatory strikes for alleged 2013 chemical attacks.

“We expect to deal with about 700 tons on the ship. And we have the capacity to deal with that,” Frank Kendall, the undersecretary of defense for acquisition, technology and logistics, told reporters in January.
“The total amount of time we’re allowing for the actual destruction operations is about 90 days.”

The ship originally departed the U.S. in January.

“We will work hard to destroy these materials so they never again pose a threat to the Syrian people or America’s allies in the region,” Kirby said in a statement.

The Organization for the Prohibition of Chemical Weapons (OPCW) said Tuesday all of Syria’s declared chemical weapons had been transported out of the country on a Danish cargo ship.

“We cannot say for sure [Syria] has no more chemical weapons,” OPCW’s Ahmet Uzumcu said in a CNN report.
“All we can do is work on the basis of verifying a country’s declarations of what they have. I would not make any speculation to possible remaining assets, substances, chemical weapons.”

Some reports from Syria indicate the regime may be using chlorine gas as a terror weapon as a way around U.N. Security Council resolution 2118.