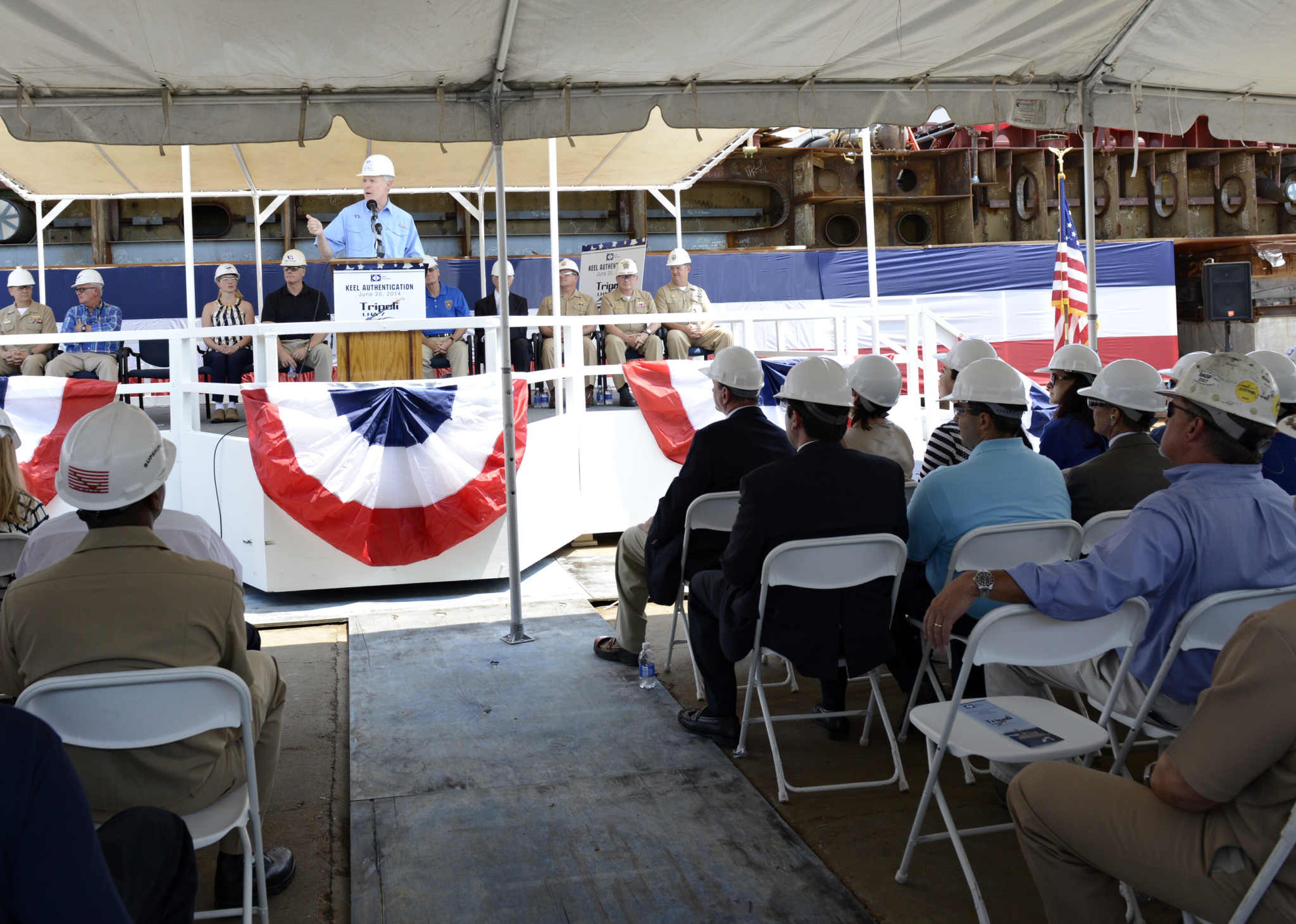 Secretary of the Navy (SECNAV) Ray Mabus delivers remarks during the keel-laying ceremony for the amphibious assault ship Tripoli (LHA-7). US Navy Photo

The keel for the next-generation amphibious warship Tripoli (LHA-7) was laid in a ceremony at Ingalls Shipbuilding in Pascagoula, Miss. on Friday.
The ceremony marked the official start of construction for the second America-class landing helicopter dock for the U.S., following the $3 billion first-in-class America (LHA-6) — which plans to commission later this year.

Each of the 45,000-ton ships in the class are optimized for modern Marine aircraft like the MV-22 tilt-rotor Osprey and the short takeoff-vertical landing (STOVL) F-35B Lighting II Joint Strike Fighter (JSF).

However, America and Tripoli were designed without a well deck — which allows a ship to take on and disembark amphibious landing craft — much to the protest of the Marine Corps.

LHA-8 will be redesigned to incorporate a well deck into the design.