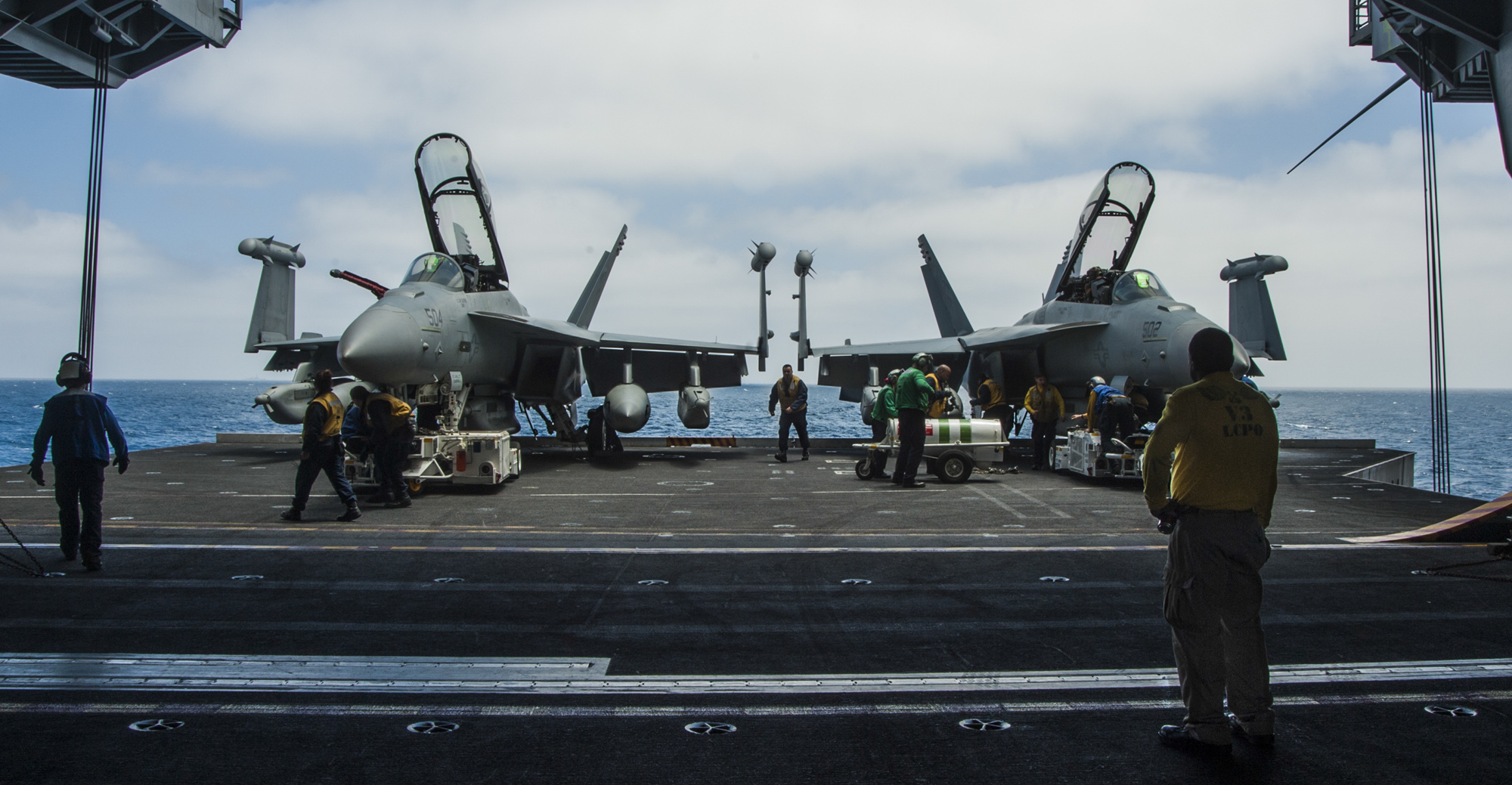 The Navy will be allowed spend up to $75 million to preserve the Growler line if the appropriations bill allows for that much money. The SASC itself only allocated $68.5 million to preserve the Growler line. The SASC version of the bill would require the Navy to brief the Congress on what the options are for buying additional Growlers by Sept. 1. Further, the Navy would be required to update Congress on its analysis of the future airborne electronic attack mission.

The proposed legislation would also allow the Navy to transfer funds in the shipbuilding accounts—up to $650 million—to refuel George Washington or build another San Antonio-class amphibious assault ship or both. The SASC itself provides only $46 million to refuel the 100,000-ton carrier.

But the Navy would not be allowed to any of the money in allocated in the budget to deactivate the giant Nimitz-class vessel. “No funds authorized to be appropriated by this Act or otherwise made available for fiscal year 2015 for the Navy may be obligated or expended to conduct tasks connected to the inactivation of the U.S.S. George Washington (CVN-73) unless such tasks are identical to tasks that would be necessary to conduct a refueling and complex overhaul of the vessel,” reads the proposed language.

In addition to preserving the option to save George Washington, the SASC would require the Navy to modernize the Ticonderoga-class fleet so that the vessels would remain in service for 40 years. “The Secretary of the Navy shall retain 22 Ticonderoga-class cruisers (CGs) and 12 Whidbey Island/Harpers Ferry-class dock landing ships (LSDs) until the end of their expected service lives,” the proposed bill reads.

But the Navy would only be required to keep 11 of those cruisers and 11 of the dock landing ship operational at any one time during their phased modernization period.

“During a phased modernization period, the Secretary may reduce manning on such vessels to the minimal level necessary to ensure the safety and security of such vessels and to retain critical skills,” the proposed bill reads.