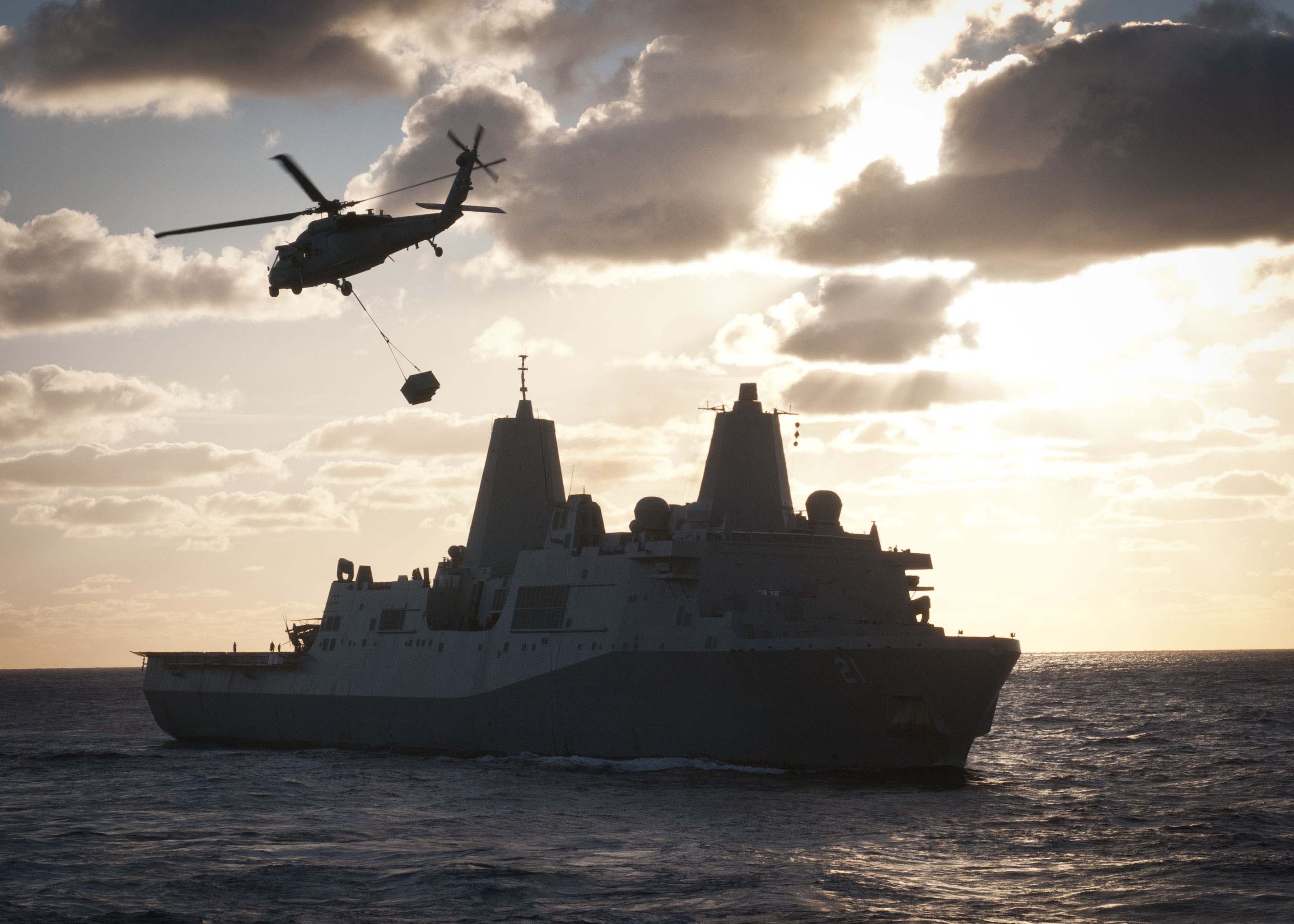 The Navy’s second look at the requirements and design of its next amphibious warship is walking the line between capability and affordability, the head of Naval Sea Systems Command told reporters Thursday at NAVSEA’s temporary headquarters.

The next generation dock landing ship — LX(R) — is currently working its way through a second Analysis of Alternatives (AoA) process in what NAVSEA chief Vice Adm. William Hilarides calls, “the best ship design conversation we’ve had in a long time inside the government.”

As part of NAVSEA’s “question every requirement,” mantra, the organization is looking at other ways of meeting the requirements outside of the traditional scope of traditional amphibious shipbuilding.

One example of an idea NAVSEA was using to meet requirement and cost threshold was to build the propulsion system of LX(R) to commercial standards and built an emergency drive system in the front of the ship to meet survivability requirements.

“Go build an armored box in the front, far away from the rest of the propulsion train that has a little eight knot outboard motor that you can lower down after that damage event and still meet the eight knot requirement,” Hilarides said.
“That’s the conversation that’s going on. It’s a very robust one. It’s right on that balance between technical excellence and judiciousness.”

That conversation is set against a tumultuous political climate.

Though the Navy is considering variants of the San Antonio class in its AoA, it won’t directly replace the replace the aging Whidbey Island (LSD-41) and Harpers Ferry (LSD-49) landing ship docks with LPD-17s.

“An LPD-17 variant that’s built exactly like the current LPD-17 is off the table,” he said.
“It is unaffordable in the context of the ship we need to replace.”

In March, a collection of retired Marine generals — including former commandant Gen. James Conway and former U.S. Central Command commander Gen. James. Mattis — wrote a letter to Congress in support of a 12th ship as a bridge to LX(R).

However, buying too many more San Antonio-class (LPD-17) ships could leave the Navy and Marines short of its amphibious requirement for 33 ships — a mix of 11 LPD-17s , 11 aircraft centric landing helicopter docks or “big deck amphibs” and 11 of the LX(R), Hilarides said.

“If we buy four or five more [LPD-17s] and we’ll be seven or eight ships short because that’s all we can afford. If you look at the out years shipbuilding [budget],” Hilarides said.

“Doing that a bunch more will lead to a much smaller amphibious force than the nation needs.”

The 11th LPD-17 — Portland (LPD-27) — is estimated to cost around $2.1 billion. The Navy has said it wants to build a ship at about two thirds of the cost — or about $1.4 billion a ship, according to a May Congressional Research Service report.

The original AoA didn’t meet enough of the affordability requirements and was brought back into NAVSEA for a second go around to evaluate the requirements ahead of future design work.

“I would say at this point that we’re in the mode where we’re going to get the requirement right before we start design,” Hilarides said.