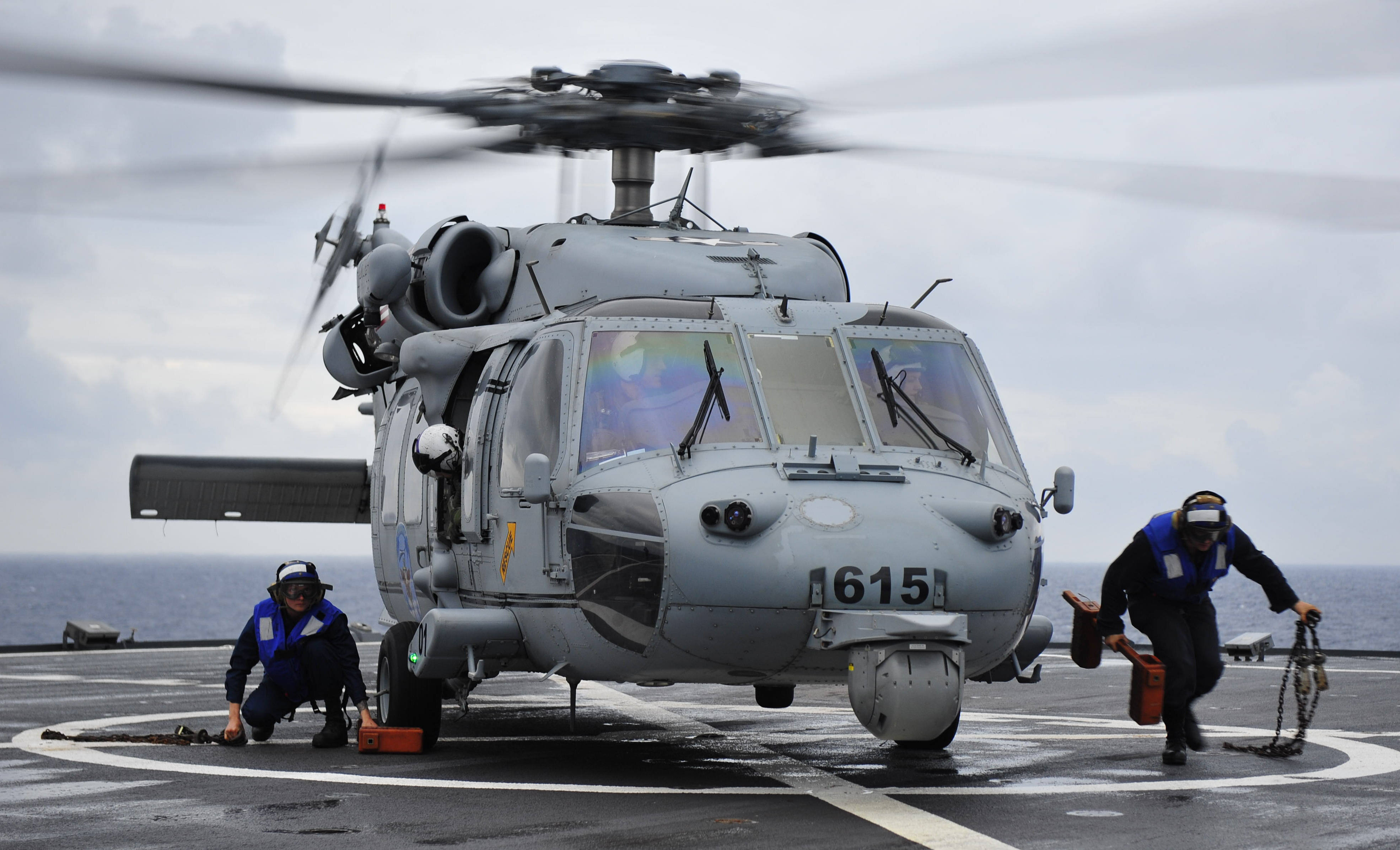 The Navy is laying partial blame for the September death of two MH-60S Knightwhawk aviators on the skipper and crew of the guided missile destroyer (DDG) the helicopter landed on, according to a U.S. Navy Pacific Fleet mishap report released on Monday.

According to the report, a wall of water hit the helicopter (Indian 617) with Helicopter Sea Combat Squadron (HSC) 6 shortly after it landed on the deck of USS William P. Lawrence (DDG-110) on Sept. 22, 2013.

The water pushed the $35 million helicopter off the deck into the Red Sea resulting in the death of Lt. Cmdr. Landon L. Jones, 35, of Lompoc, Calif. and Chief Warrant Officer Jonathon S. Gibson, 32, of Aurora, Ore.

The report found that William P. Lawrence skipper — Cmdr. Jana Vavasseur — was not in violation of rules and regulations regarding helicopter operations but could have done more to prevent the so-called “Class-A” mishap.

“[Vavasseur] did not do all that should have been done. While she did not exceed published procedures and operating parameters, she failed to accurately evaluate the totality of the combined effects of ship’s speed together with winds, sea state and course,” according to an endorsement of the report signed by commander of U.S. Pacific Fleet, Adm. Harry Harris.
“Though several factors contributed to this mishap, the primary cause was the Commanding Officer’s failure to fully account for the combined effects of wave height and starboard quartering seas, exacerbated by maintaining a speed of over 30 knots. The risks induced by a totality of these factors were not warranted.”

On the day of the crash, William P. Lawrence was racing to catch up to the Nimitz Carrier Strike Group (CSG) in U.S. Central Command to relieve an escort ship attached to the carrier.

Vavasseur ordered the ship to travel at speeds of more than 30 knots in high winds and sea. Along the way, the ship recovered Indian 617.

Less than ten minutes after the helicopter had landed on the deck and the helicopter was chocked and chained with rotors spinning, a wall of water came over the starboard side of the ship and knocked off the tail off the helo.

The helicopter broke free of the chains and the still spinning rotor blades gouged the flight deck and the hangar door.

“Without a tail rotor to counter main rotor torque as well as no longer being secured to the flight deck, the aircraft spun freely on the flight deck,” according to the findings of fact from the report.
“An additional roll to port resulted in Indian 617 going over the side.”

The so-called wall of water was the result of the ship rolling to starboard just as a wave hit the hull of the ship.

“Upon impact with the hull, the water from the wave was squeezed against the hull and redirected upward, creating a thick ‘wall’ of water which the prevailing winds pushed over the flight deck, enveloping Indian 617,” read the report.

The Navy believes Jones and Gibson were incapacitated when the helicopter went over the side, leaving the pair unable to escape. The other three crew members were rescued.

The Navy issued Vavasseur a counseling letter and she turned over command of the ship in December.

Vavasseur — a 1994 U.S. Naval Academy Graduate — currently works at U.S. Surface Forces Command, according to a report in the San Diego Union Tribune.