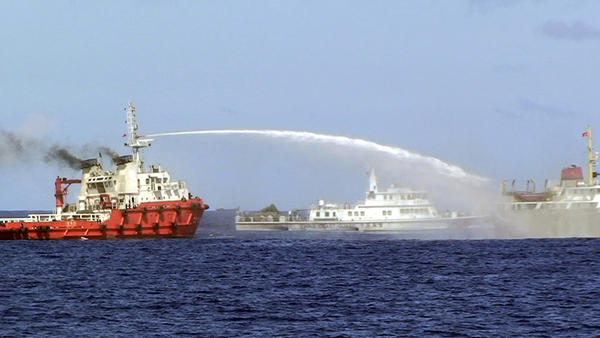 Vietnamese officials accused Chinese ships of ramming patrol boats on May 3, near the $1 billion Chinese oil rig operating in waters both Beijing and Hanoi claim as their exclusive territory.

“Vietnamese fishing surveillance forces were protecting the nation’s sovereignty and jurisdiction and asking Chinese to withdraw from the area,” Tran Duy Hai, deputy chairman of the Vietnam National Border Committee told reporters on Wednesday in a press conference in Hanoi.
“Vietnam has tried to restrain. But if Chinese vessels continue ramming Vietnamese ships, we’ll have to act out of self-defense.” 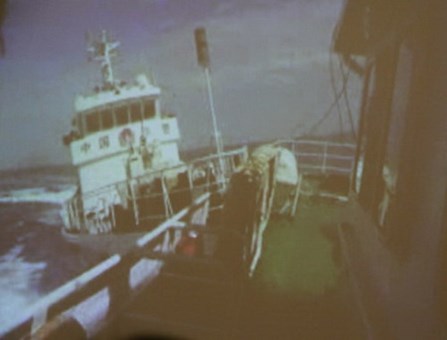 Chinese Coast Guard vessels can be seen employing water cannons against patrol vessels in series of images released by the National Border Committee.

“Our maritime police and fishing protection forces have practiced extreme restraint, we will continue to hold on there,” Ngo Ngoc Thu, vice commander of Vietnam’s coast guard, told a specially arranged news conference in Hanoi, reported the Associated Press.
“But if (the Chinese ships) continue to ram into us, we will respond with similar self-defense.”

Vietnam also claimed China had moved 80 ships into the area around the oilrig, which is about 120 nautical miles from Vietnam.

The Haiyang Shiyou 981 rig — owned by China National Offshore Oil Corporation (CNOOC) — is set up near the Paracel Islands on May 1 which both China and Vietnam both claim.

On Monday, Hanoi called the operation, “illegal and invalid.”

For its part, China claims its part within its rights to protect the rig.

“The drilling activity of this rig is within China’s territorial waters. The disruptive activities by the Vietnamese side are in violation of China’s sovereign rights,” Chinese Foreign Ministry spokeswoman Hua Chunying told reporters on Wednesday.
“The drilling activities on the rig are completely legal, and we ask the Vietnamese side to stop their disruptive actions.”
The U.S. State Department weighed in on the controversy on Tuesday.

“Given the recent history of tensions in the South China Sea, China’s decision to operate its oil rig in disputed waters is provocative and unhelpful to the maintenance of peace and stability in the region,” department spokeswoman Jen Psaki
said