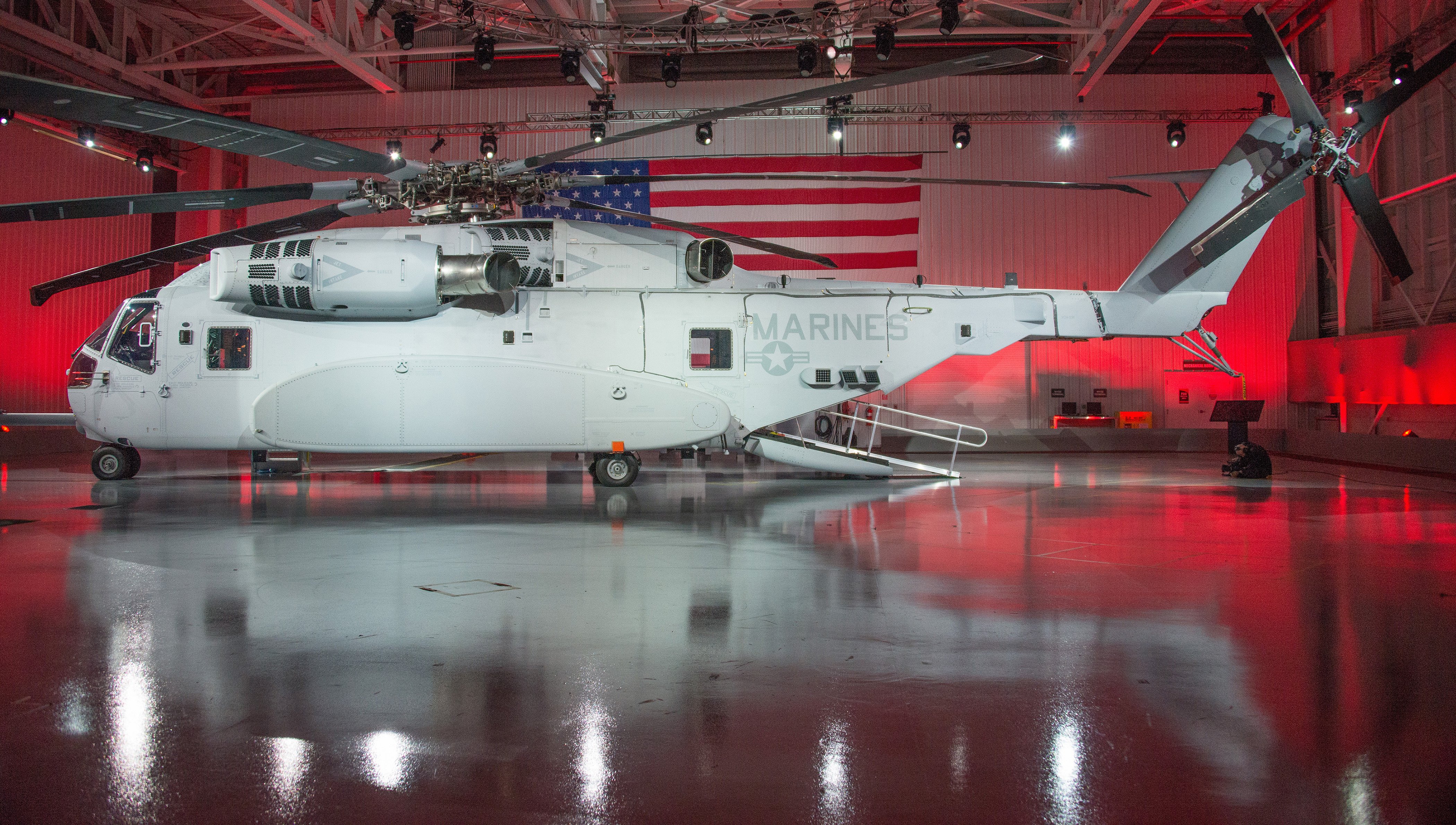 Though the new K-model shares the same numerical designation as previous CH-53 helicopters, it is in fact a new clean-sheet design.

“The CH-53K aircraft will effectively triple the external load carrying capacity of the CH-53E aircraft — to more than 27,000 pounds over a mission radius of 110 nautical miles,” said Sikorsky president Mick Maurer in a statement provided to USNI News.

“With its 88,000-pound maximum gross weight, powerful new engines, lightweight composite structure, new rotor blades and fly-by-wire flight controls, the CH-53K will have the means to move troops and equipment from ship to shore, and to higher altitude terrain, more quickly and effectively than ever before,” according to the statement

Sikorsky began powered ground tests of the CH-53K aircraft’s systems, such as rotors, drive, electrical, hydraulic, avionics and flight controls in April. The company expects the new aircraft will make its first flight at the end of 2014. The flight test program is expected to run for about three years.

The Marines hope to declare the CH-53K operational in 2019. Currently, the service expects to order 200 helicopters to fill eight squadrons and a training unit—however, the exact production numbers will depend upon the Pentagon’s budget.