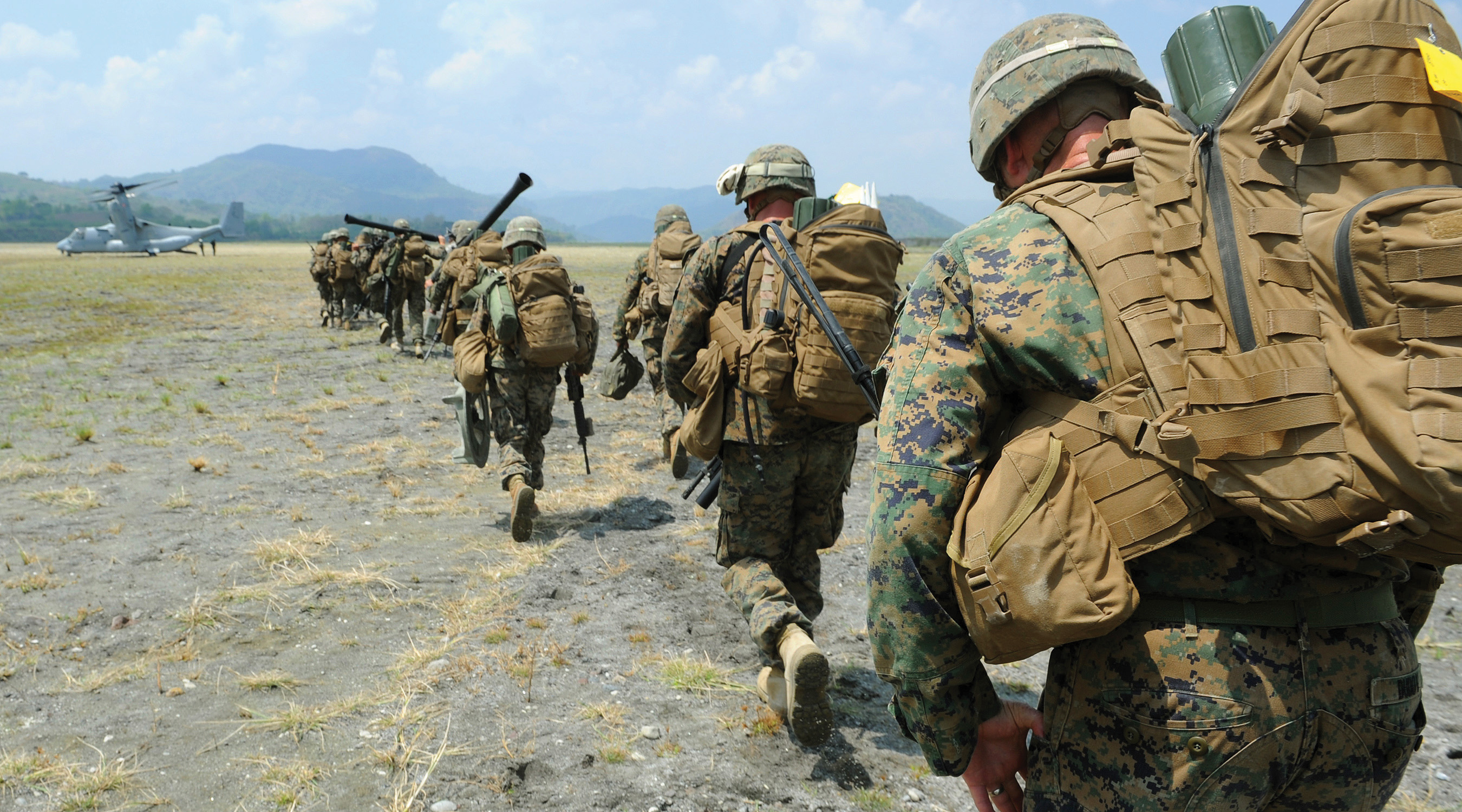 Days after Washington and Manila struck a new defense pact to increase U.S. military presence in the Philippines, thousands of American troops are streaming into the southern part of the country for a new round of large-scale military exercises.

Nearly 2,500 American troops have arrived on Philippine shores to participate in the military drills, known as the Balikatan exercises. The drills, one of several joint U.S.- Philippine military exercises held annually in the region, kick off on Monday according to recent reports.

The majority of the American and Filipino forces assigned to the Balikatan drills will be stationed in Palawan and other provinces in the southern Philippines located along the contentious South China Sea, according to Manila.

“Let us once again work shoulder-to-shoulder for the success of the Balikatan exercise 2014 . . . to maintain stability in Southeast Asia and in greater Asia Pacific,” President Obama said in a recent speech during an April visit to the region.

Previous iterations of the Balikatan drills have been heavily focused on counterterrorism and maritime defense missions, targeted specifically at the Islamic fundamentalists groups, such as Abu Sayyaf and the Moro-Islamic Liberation Front, that call the southern provinces home.

But this year’s exercise have shifted focus from the internal threats posed by local terror groups to possible conflicts with China over territorial control of the South China Sea.

Defense officials in Manila have refrained from directly linking the annual drills to growing tensions with Beijing over the highly-contested waterways, which China, the Philippines, Vietnam and other countries in the Asia-Pacific claim rights to.

China’s recent military aggressiveness in the South China Sea has repeatedly threatened to cause tensions between Manila and Beijing to boil over.

Most recently, Chinese warships intercepted Filipino military supply ships attempting to move through the South China Sea, as well as “rotational deployments” by the Philippine Navy to the Second Thomas Shoal, according to local reports.

Filipino military leaders have also raised temperatures in the region, announcing last June plans to build a new seaport in the Spratly Islands, off the coast of the Philippines, Malaysia and Vietnam in the South China Sea.

Opponents claim the seaport is the first step in creating a mini-naval base for U.S. and Filipino troops. The Philippine government claims the effort is strictly designed to support commercial business and tourism to the island.

That said, the joint military drills are designed “to promote regional engagement” and improve military interoperability between Filipino, U.S. and allied forces in the region, Armed Forces of the Philippines (AFP) Chief Gen. Emmanuel Bautista said Monday.
However, the kick-off to this year’s Balikatan exercises come days after the White House finalized a landmark defense pact with the Philippines, which will re-open key military bases to U.S. forces for the first time since the 1990s.

Terms of the deal will allow U.S. forces to return to Clark Air Force Base and the naval base in Subic Bay. No American forces have been based at either location since DOD officially shuttered the facilities in 1991 and 1992, respectively.

Prior to the new defense deal, the only permanent American military mission in the country was a U.S. special-operations task force supporting Filipino forces in their ongoing campaign against Muslim extremist groups in the country.

Last June, Filipino Under Secretary for Defense Affairs Honorio Azcueta indicated Manila would be willing to re-open both based to American troops, in order to support the Obama administration’s push to shift the Pentagon’s focus from the wars in the Mideast to the Asia-Pacific region.

That announcement came as the Obama administration opted to triple the amount of military funding to the Philippines.

Manila will receive $30 million in foreign military funding from the United States this year, according to news reports — nearly three times the $11.9 million in military funds Washington pledged to the Philippines in 2011.