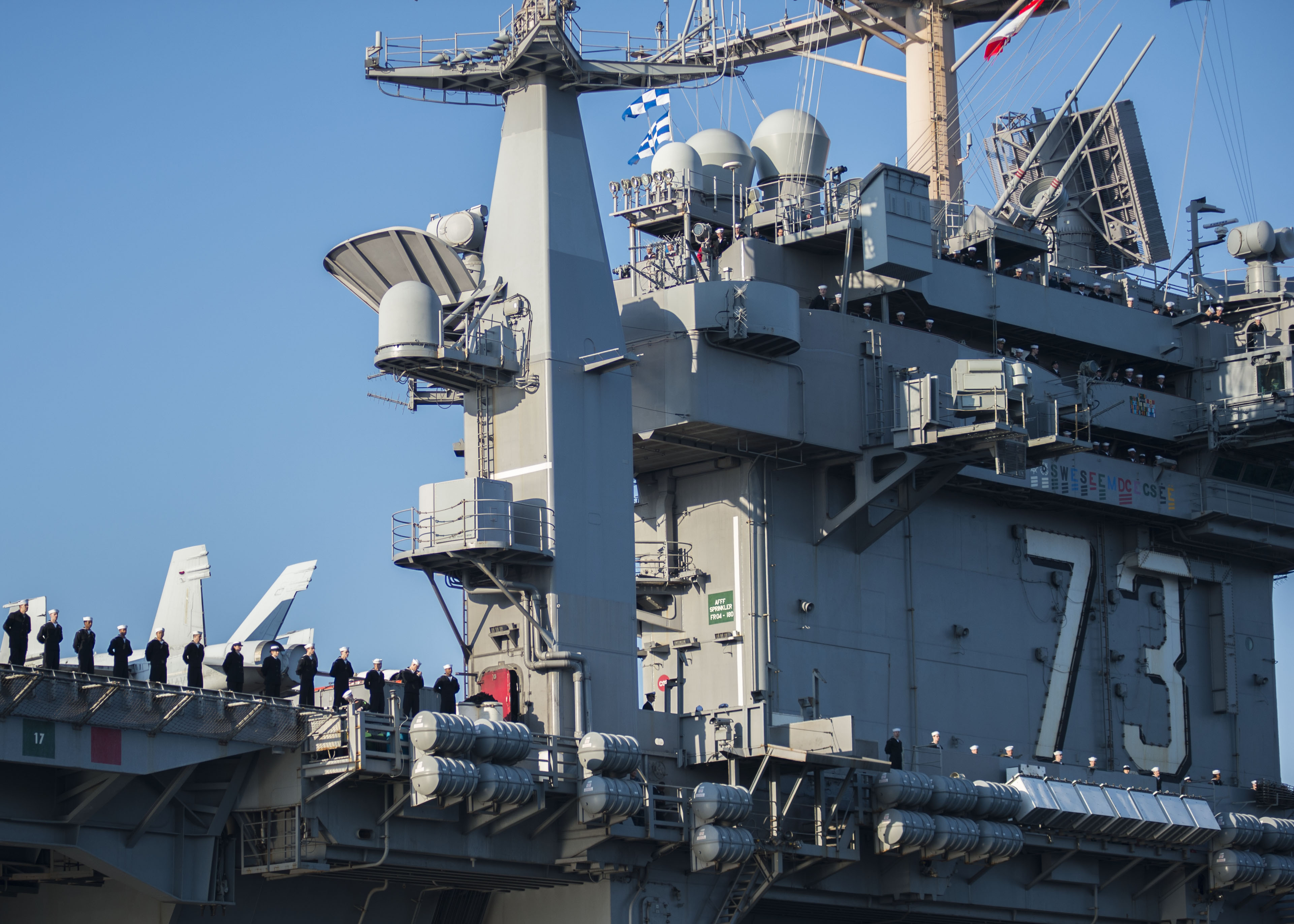 The House Armed Services Committee (HASC) will withhold money from the Pentagon unless the Secretary of Defense obligates funding to refuel the carrier USS George Washington (CVN-73), according to language in the HASC’s Seapower and Projections Forces Committee’s mark of the Fiscal Year 2015 National Defense Authorization Bill.

“Not more than 50 percent of the funds authorized to be appropriated or otherwise made available under section 301 of this Act for the Office of the Secretary of Defense for fiscal year 2015 may be obligated or expended until the Secretary of Defense obligates funds to commence the planning and long lead time material procurement associated with the refueling and complex overhaul of the USS George Washington (CVN–73),” states the language in the proposed bill.

Additionally, the HASC is proposing to eliminate a requirement that stipulates that a naval aviator must be in command of an inactivated nuclear aircraft carrier. The language is pertinent because of the recent inactivation of USS Enterprise (CVN-65), which is in the process of being dismantled.

The HASC is also proposing to set up a National Sea-based Deterrence fund.

“Funds in the Fund shall be available for obligation and expenditure only for the advanced procurement or construction of nuclear-powered strategic ballistic missile submarines,” the proposed law reads.

According to the proposed law, money would be deposited in the fund for use in the years after fiscal year 2017. The money would expire after 10 years if it has not been used by then.

“Budget requests submitted to Congress for the Fund shall separately identify the amount requested for programs, projects, and activities for the construction (including the design of vessels) of nuclear-powered strategic ballistic missile submarines,” the document states.

The HASC mark would also allow the Navy to enter into one or more multiyear contract for Tomahawk Block IV missile for, “a period of not more than five years,” according to the bill.