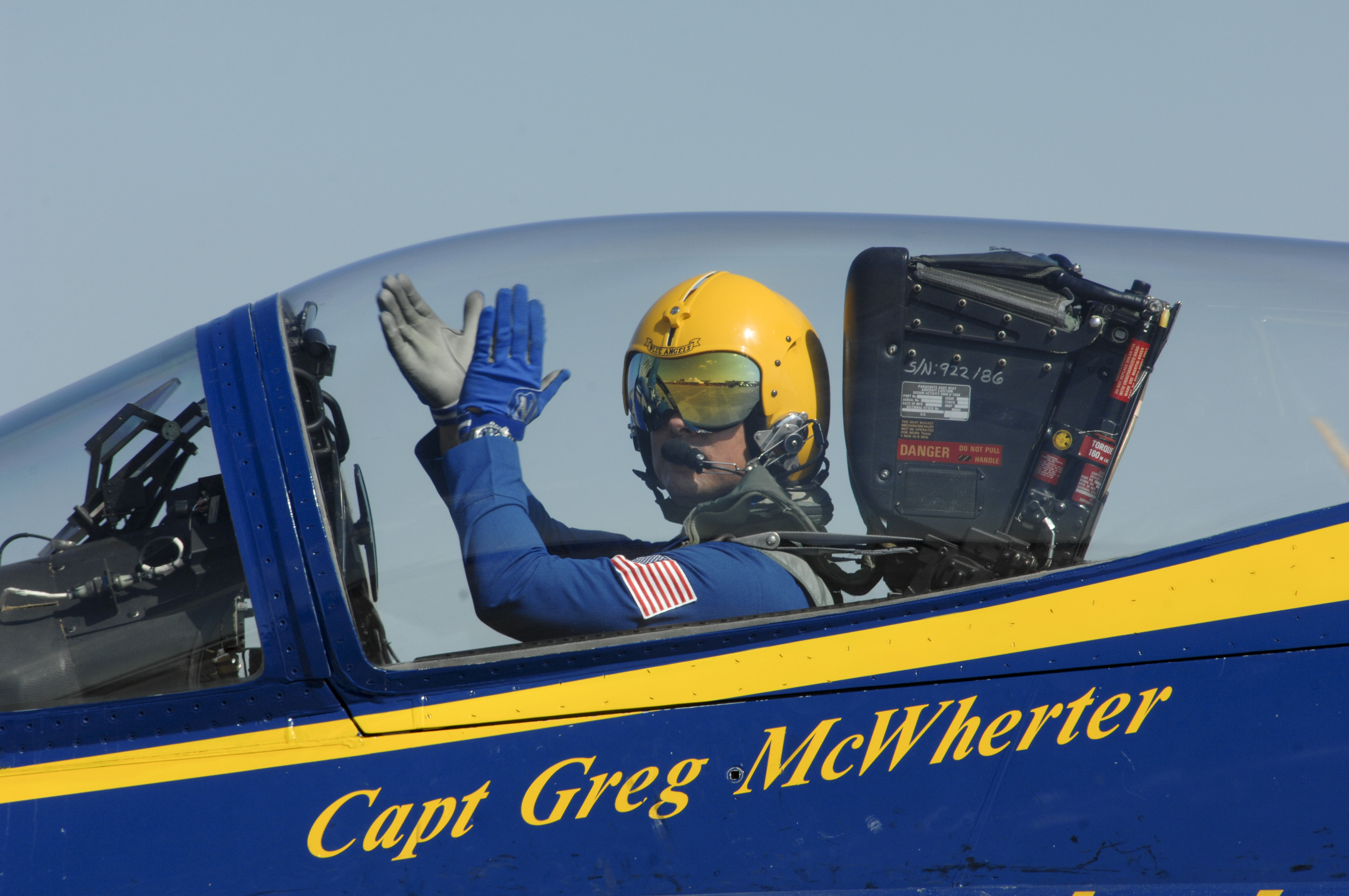 The former commander of the Blue Angels — the Navy’s flight demonstration team — may have violated the service’s policies on, “sexual harassment, hazing and equal opportunity policies,” while leading the unit, according to a statement from the service provided to USNI News on Tuesday.

Capt. Gregory McWherter — who led the flight demonstration team twice between 2008 and 2012 — is the subject of a complaint filed with the Navy Inspector General office alleging a pattern of policy violations as the Blue Angels leader.

“The complaint alleges that lewd speech, inappropriate comments, and sexually explicit humor were allowed in the workplace and in some case encouraged by the commanding officer,” according to the service statement.
“It was further alleged that pornographic images were displayed in the workplace and shared in electronic communications.”

McWherter was relieved of his duties as executive officer of Naval Base Coronado, Calif. on April 18, pending the results of the investigation.

“All Navy leaders, whether assigned to a highly visible unit like the ‘Blues,’ or to our installations, squadrons, ships and submarines, are held to the highest standards,” Vice Adm. David Buss, commander of Naval Air Forces, said in a Tuesday statement.

The Navy is now conducting a flag officer-led investigation into the allegations, according to the service.

McWherter is a graduate of The Citadel and an experienced F/A-18 Hornet pilot. He led Strike Fighter Squadron 192 “World Famous Golden Dragons” (VFA-192) on three deployments USS Kitty Hawk (CV-63), according to a report in the San Diego Union Tribune.