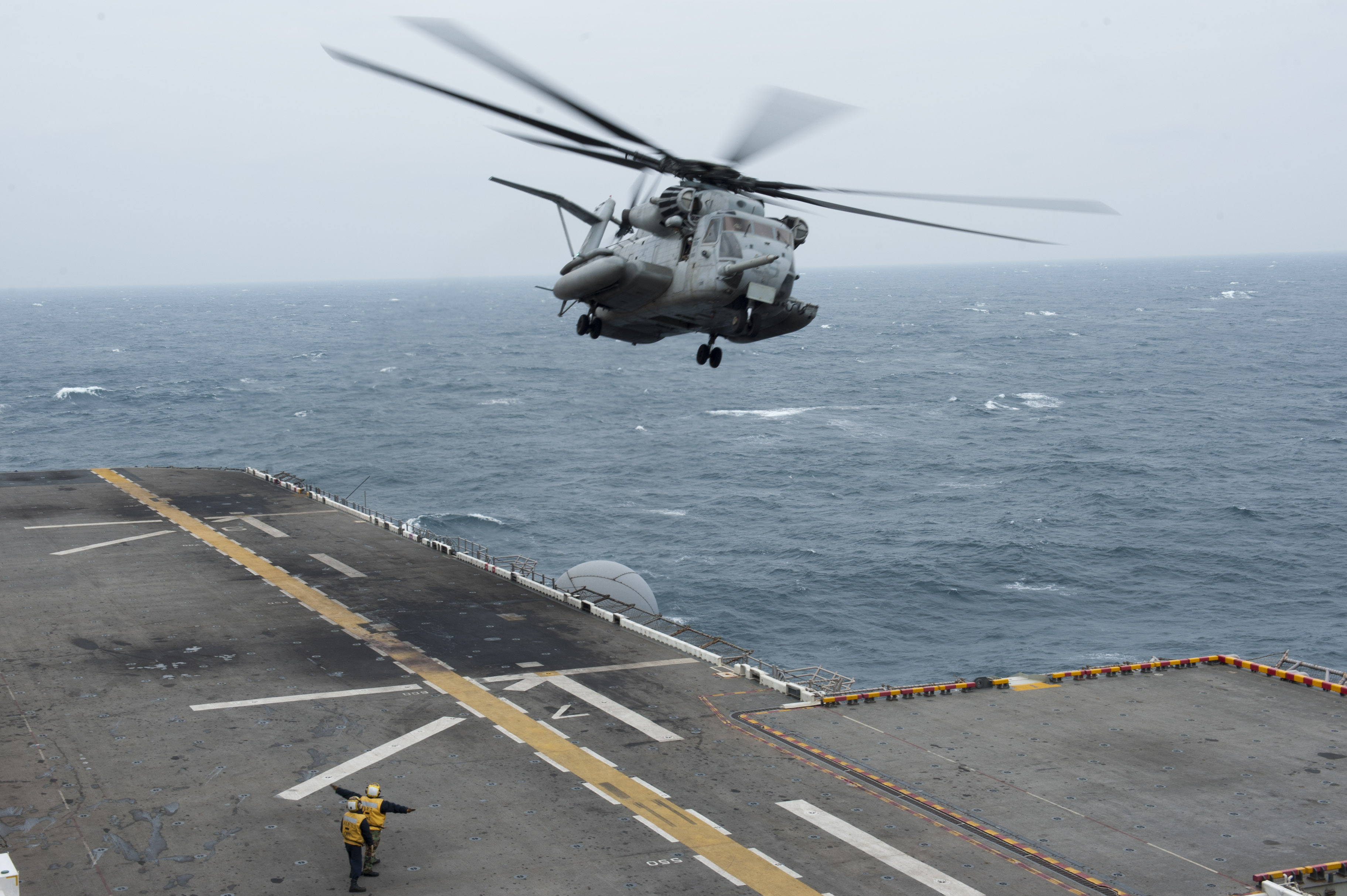 A CH-53 Super Stallion helicopter takes off from the flight deck of the amphibious assault ship USS Bonhomme Richard (LHD-6). US Navy Photo

The South Korean government has released USS Bonhomme Richard (LHD-6) from the search for more than 100 passengers still missing after the April 16 sinking of the ferry Sewol, according to the U.S. Navy.

“The completion of Bonhomme Richard’s search and rescue mission comes after South Korean military leaders determined that current resources were sufficient to carry out future search and rescue operations utilizing ships and aircraft from the Republic of Korea,” read a statement from the 7th Fleet.

The Navy had added a pair of MH-60 Seahawks to the search for the missing passengers operating from Bonhomme Richard. The aircraft were assigned a search area five to fifteen miles from the site of the sinking off the Korean coast.

“Our thoughts and prayers remain with the passengers of the ferry Sewol and their families,” said Capt. Joey Tynch, Bonhomme Richard commanding officer. “Our sailors and Marines were honored to assist the Republic of Korea during this time of tragedy. We continue to hope for the best for our Korean friends.”

The death toll from the sinking has reached 150 as of late Tuesday night with about 150 still missing, according to a report from the Associated Press.

The ship set out with more than 450 passengers.