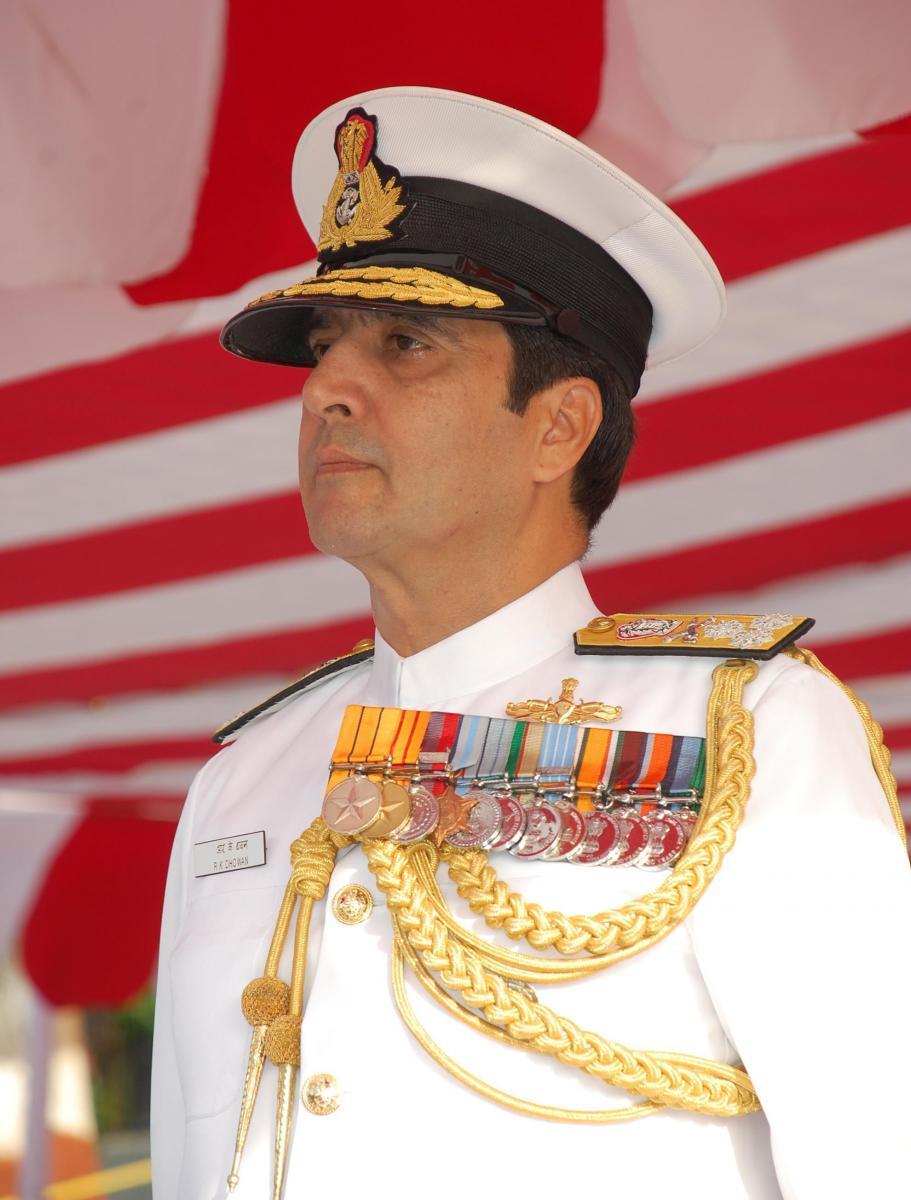 Two months following the abrupt resignation of the head of the Indian Navy, the Indian Ministry of Defense announced a new chief of naval staff.

Adm. Robin Dhowan took charge of the service on Thursday two months after the previous chief of naval staff resigned after a string of accidents.

Former chief of naval staff Adm. DK Joshi left the service in February after, “taking moral responsibility” for ten accidents in seven months — including a fire onboard submarine INS Sindhurakshak which killed 18 sailors in August.
Most recently an accident on the attack submarine INS Sindhuratna resulted in the death of two officers.

Dhowan had previously served as the vice chief of staff of the service.
His selection to the position might cause some controversy in the Indian Navy, according to local press reports.

“The Ministry of Defense’s decision to appointment Adm. Dhowan is a rare departure from the decades-old principle that the senior-most officer eligible is appointed service chief,” according to a Thursday report in The Hindu “The last departure from the seniority principle in the navy was made in 1990, when Adm. Laxminarayan Ramdas was made chief ahead of his immediate senior, Adm. S. Jain.”