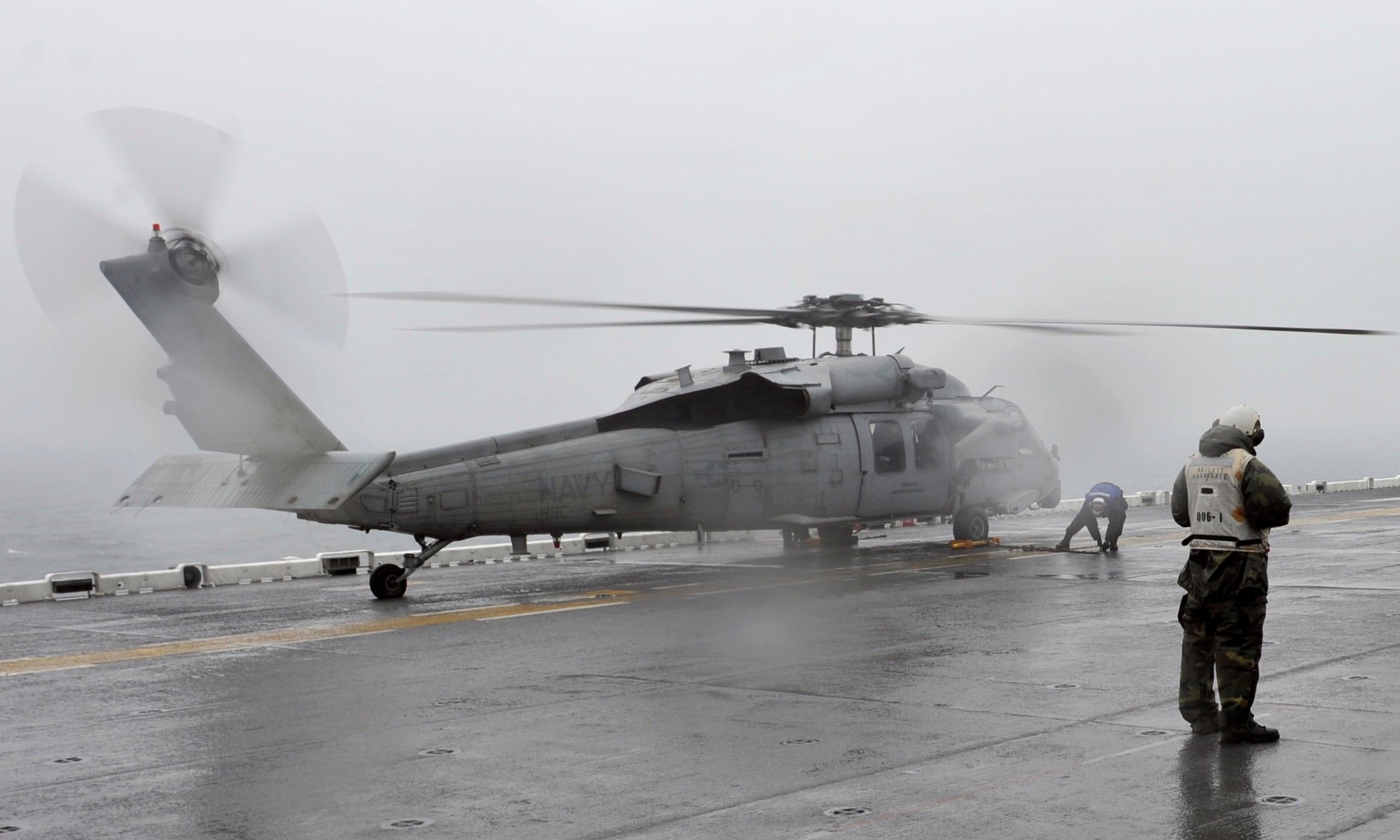 An MH-60S Sea Hawk helicopter assigned to Helicopter Sea Combat Squadron (HSC) 25 is chained to the deck after landing on the flight deck of the forward-deployed amphibious assault ship USS Bonhomme Richard (LHD 6) after conducting search and rescue operations. Sailors and Marines onboard Bonhomme Richard are conducting search and rescue operations as requested by the Republic of Korea. US Navy Photo

A pair of Navy MH-60 Seahawk helicopters have been assigned to aid in rescue effort following the Wednesday sinking of a South Korean ferry, Navy officails told USNI News on Thursday.

The aircraft have been assigned a search area five to fifteen miles from the site of the sinking off the Korean coast to look for surviors from the ferry Sewol.

The Seahawks will operate from big deck amphibious warship USS Bonhomme Richard (LHD-6). The Navy has also traded liaison officers with the Republic of Korea (ROK) Navy as part of the search effort.

Sewol was carrying 462 passengers when the ship went down. Twenty passengers have been confirmed dead with 270 passengers missing, according to a Thursday report by the Associated Press.

The ship went down a few miles from Byeongpung Island and rescuers responded almost immediately. More than 80 ships and almost 20 aircraft were part of the response, according to several press reports.

Bonhomme Richard is embarked with a compliment of Marine MV-22 Osprey tilt-rotor, Navy MH-60 helicopters and a variety of small boats.