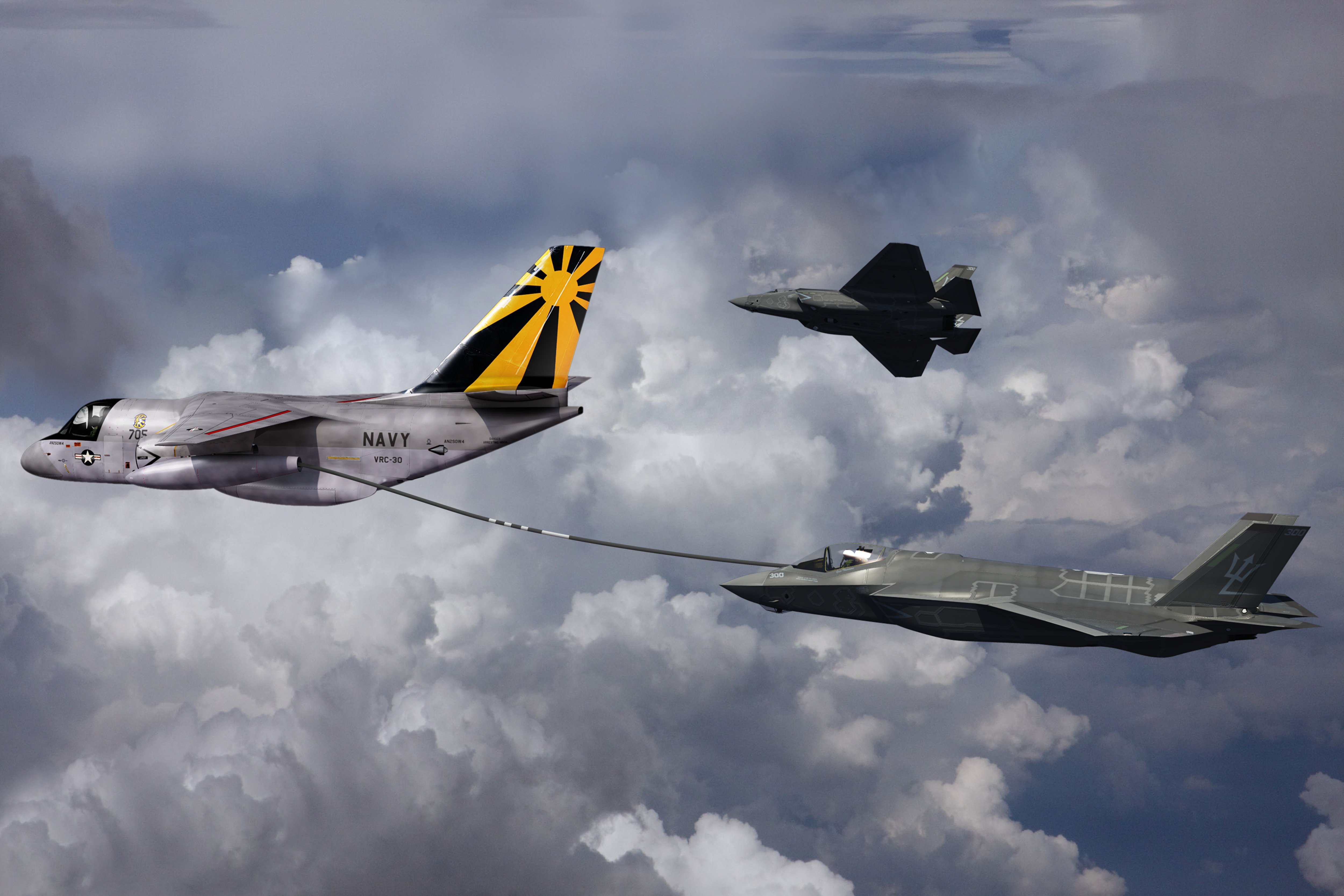 The company is proposing to refurbish and modify retired Lockheed S-3 Viking anti-submarine warfare aircraft — currently in storage at Davis-Monthan Air Force Base in Arizona — to fill the nascent Navy requirement. The rebuilt aircraft would be designated the C-3.

“There is actually 91 [S-3 airframes in storage], but 87 are useable,” Jeffery Cramer, Lockheed’s COD program manager told USNI News on Tuesday.
“There’s about 9000 flight hours remaining on each of those airframes on average.”

In fact, that’s just until the first wing inspection, Cramer said. There are actually more flight hours available on those retired S-3s, which were originally built to last for 18,750 hours. Cramer noted, the COD mission is far more benign than the challenging anti-submarine role.

To refurbish the S-3, Lockheed would completely disassemble the Viking airframe, Cramer said. While the company intends to keep the wings, empennage, engines and flight controls, the fuselage would be discarded. In its place, the S-3 would receive a larger fuselage purposely built for the COD mission. The new fuselage is 22 inches wider and six feet longer and the aircraft would stand about three feet taller.

Cramer acknowledged that the C-3 would have to effectively be flight tested as a new aircraft.

“This is really a new design airplane, however you don’t have to get the sticker shock because we can capitalize on that previous investment the Navy has made,” Cramer said. 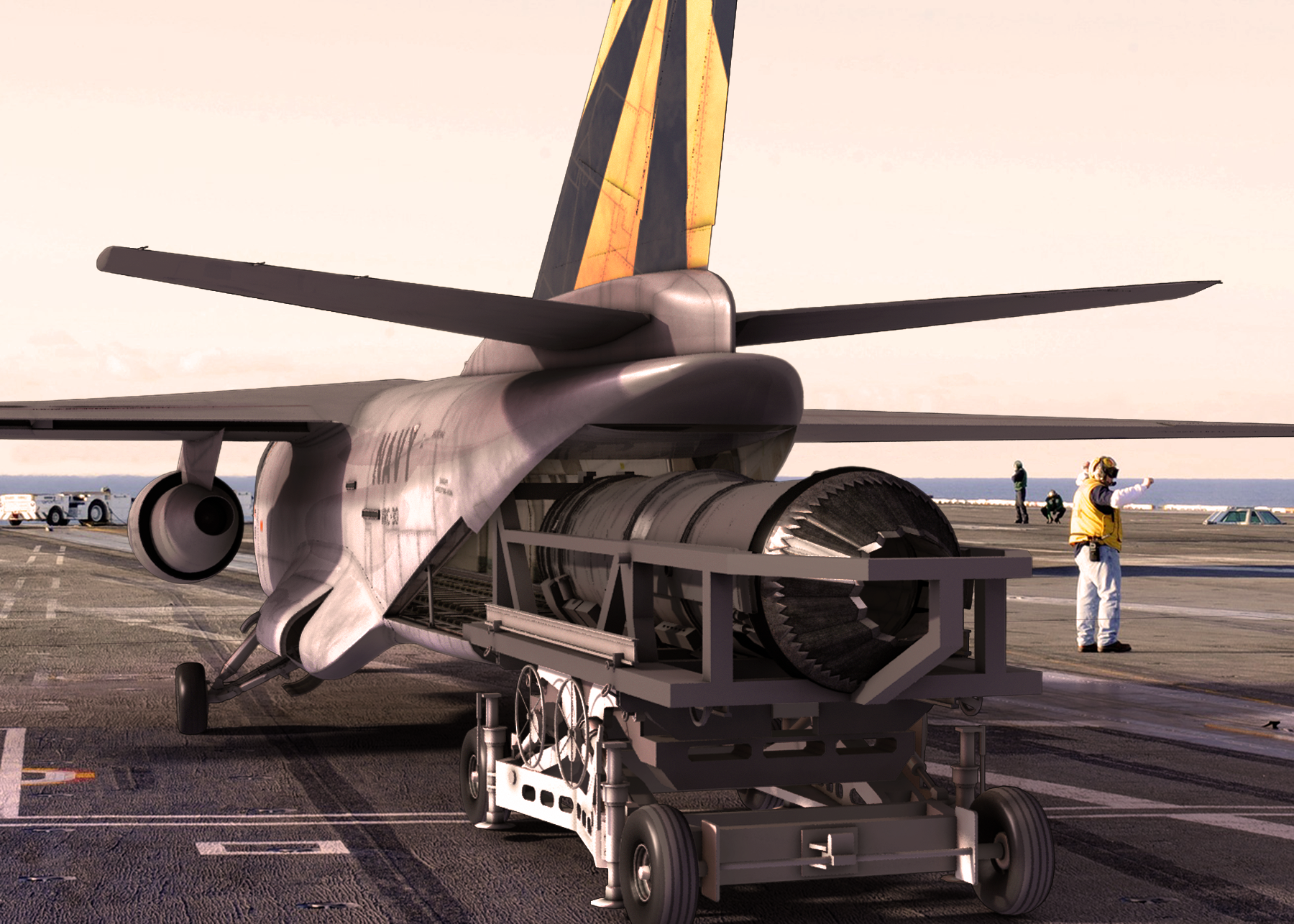 The advantage for the Navy is the C-3 would be able to carry the Lockheed F-35 Joint Strike Fighter’s Pratt & Whitney F135 engine without breaking it down into modules, Cramer said.

It would also retain the S-3’s ability to act as an aerial refueling tanker—even if individual types like the Boeing F/A-18 would have to have recertified to take-on fuel from the C-3. The Navy’s Hornet fleet burns off about five F/A-18 lives per year on the tanking mission, Cramer said.

The C-3 would be able to carry 10,000 pounds of cargo or 28 passengers and features an advanced cargo handling system and loading ramp lifted directly off the company’s C-130 aircraft albeit with some modifications.
Meanwhile, Northrop continues to offer an upgraded C-2 based on technology from the company’s E-2D. The aircraft would receive new wing components, new engines and the cockpit from its Advanced Hawkeye cousin—and Northrop claims that the aircraft could benefit from the economies of scale as a result of the E-2D multi-year procurement.

Like the C-3, the C-2 carries 10,000lbs or 26 passengers. The company is working on a reconfigurable cabin, said Steve Squires, director of Northrop’s C-2 program. Squires would not say if the C-2 could be configured as a tanker.

Bell-Boeing is also offering a variant of the MV-22 Osprey tilt-rotor for the COD mission. Last year, the company funded an aerial refueling demonstration using a roll-on/roll-off kit where a F/A-18 moved into contact position behind a V-22 tanker.

In February, Vice Adm. David Buss, commander Naval Air Forces, said the Navy was about a year away from making a decision on the COD replacement and was then in the midst of an analysis of alternatives for the follow on to the COD.