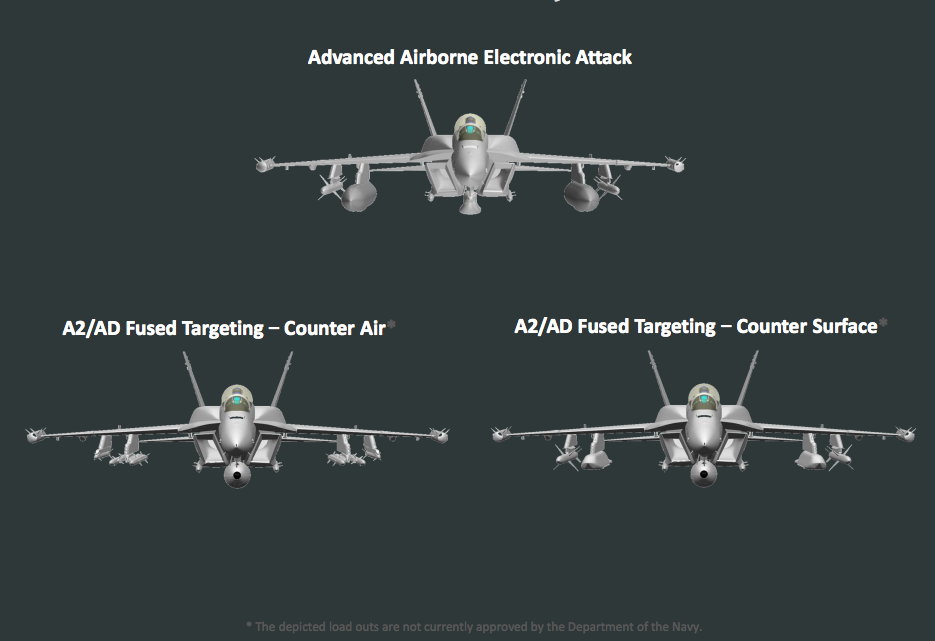 Morley said that the Navy had demonstrated some of the new techniques at the Trident Warrior Fleet Exercises 2013 (Flex 2013).

To make the best use of the new tactics, the Navy will need to integrate Raytheon’s Next Generation Jammers (NGJ) onto the Growler and increase the AEA squadron size to eight—up from five. However, the Navy has settled on increasing the unit composition to seven aircraft—that is if it can convince the Congress to fund additional Growlers.

The Navy has submitted a request for 22 additional EA-18Gs to Congress in it unfunded list, however Morley said that he does not know exactly how many additional aircraft the service would need to fill out the expanded squadrons.

“There are studies, you can do things to start upping that number. Where that goes, I don’t know,” Morley said.
“[It’s] above my pay-grade.”

Mike Gibbons, Boeing’s vice president for the F/A-18E/F and Growler program, said that the Navy could require anywhere between 50 and 100 additional EA-18G.

Boeing is also pushing the concept of using the EA-18G for the strike role—particularly against enemy air defenses—and the counter-air role. The aircraft would also be a “great” battle manager especially in a networked environment, he said. Gibbons said that the reason the company is pushing in that direction is because the EA-18G has sensors that have much greater range than other warplanes.

A Navy source said that while it is true the Growler is an excellent battle manager and targeting platform, the service would likely use the jet to pass that data to shooters like the Super Hornet under the NIFC-CA construct.

Though he could not share any details, Morley said that the first increment of NIFC-CA has been released early to the first F/A1-8 squadron that will deploy with the capability.