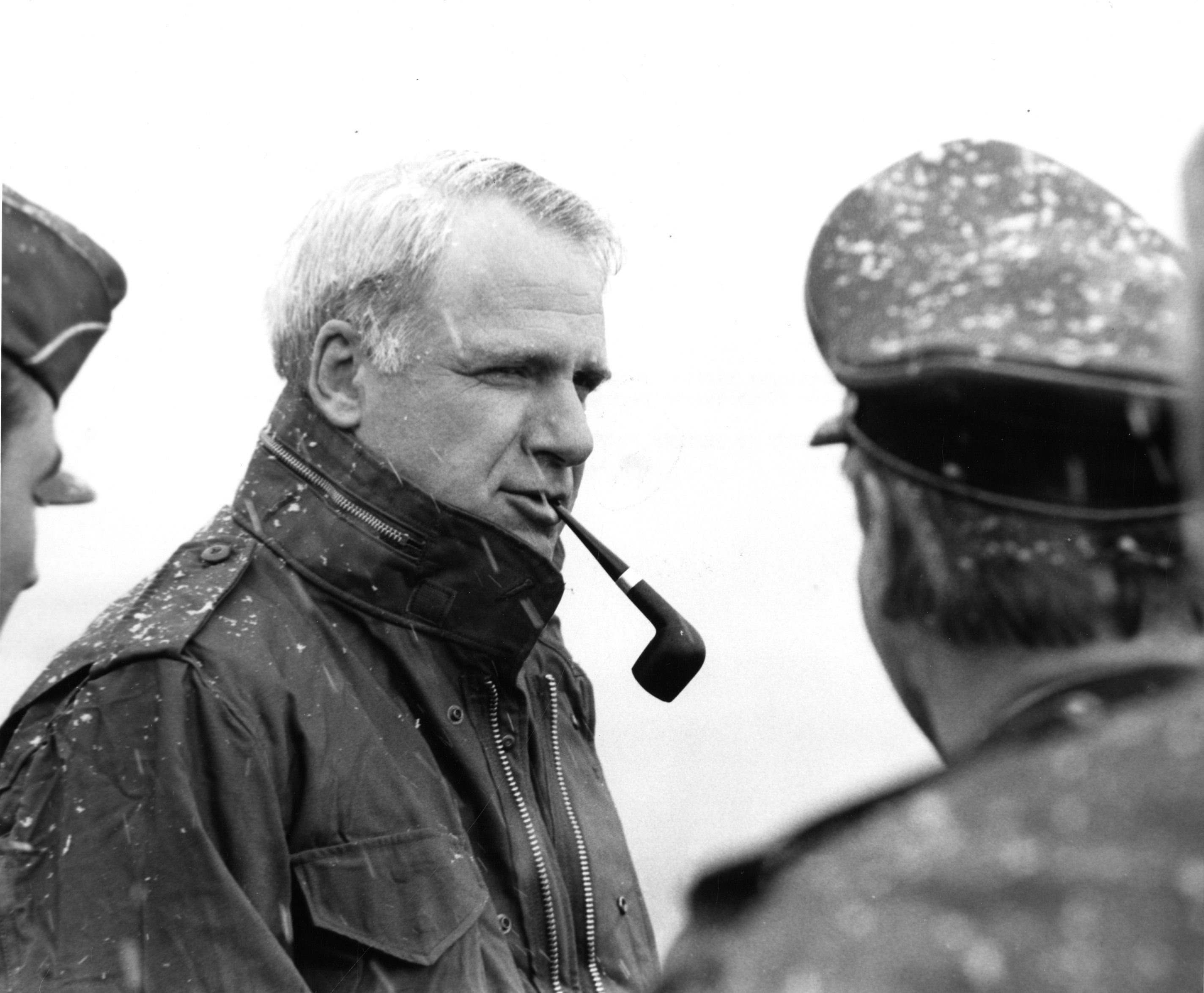 Then Secretary James Schlesinger visits troops of the FRG at Ulm, Germany on May 1, 1974. US Naval Institute Photo

James Schlesinger — the former head of the Pentagon, the CIA and the first Secretary of Energy — died on Thursday.

He succumbed to complications of pneumonia in a Baltimore hospital. Schlesinger was 85.

“Secretary Schlesinger was a brilliant economist, and had a keen understanding of defense budgeting, our country’s nuclear enterprise and our most advanced weapons programs,” read a Thursday statement from Secretary of Defense Chuck Hagel.
“I relied on his counsel when I was a United States senator and as secretary of defense have benefitted enormously from his experience, his guidance, and his strategic thinking as a member of the Defense Policy Board.”

Often a divisive figure in Washington, Schlesinger served in the Nixon, Ford and Carter administrations and was instrumental in forming in U.S. nuclear weapons, intelligence and energy policy across the three administrations.

Born in New York and educated at Harvard, Schlesinger was a long time civil servant rising to lead Pentagon in 1973 following a brief five-month stint as the Director of Central Intelligence.

Schlesinger became Secretary of Defense at the height of the Watergate scandal and often butted heads with the Ford and Nixon administrations leading to his dismissal in 1975.

“Schlesinger has been extremely ruthless and irritating,” then Secretary of State Henry Kissinger told The New York Times following his departure from the Pentagon.
“I think the president just decided he had had enough.”

While at the Pentagon, he was instrumental in the creation of the F-16 Falcon light attack fighter and the A-10 Warthog close air support fighter for the U.S. Air Force.

Schlesinger also oversaw the 1973 creation of the Office of Net Assessment, the Pentagon’s strategic think tank — still headed by Andrew Marshall, a former Schlesinger colleague at the RAND Corporation.

As Secretary of Defense, he was a staunch advocate for increasing conventional and nuclear defense spending during the nadir of the Vietnam War as a hedge against the Soviet Union.

“Only the United States can serve as the counterweight to the power of the Soviet Union,” he wrote in his 1975 resignation speech as Secretary of Defense published in the January 1976 issue of Proceedings.
“There will be no deus ex machina; there is no one else waiting in the wings.”

In his Pentagon role, Schlesinger attempted to make defense a non-partisan issue.

“[Defense] is not an issue of left or right or center; the nation’s military establish­ment must protect all and should seek support from all quarters,” he said in his departing address.
“We must be captive of no particular political ele­ment. On the Hill we seek the under­standing of moderates and liberals and conservatives, Democrats or Republi­cans, freshmen or seniors.”

After leaving the Pentagon, Schlesinger served as the first Secretary of Energy for the Carter administration from 1977 to 1979.

Following his time in government, he served as an advisor for several financial institutions, worked as a consultant for the Pentagon and was a member of several advisory boards.

In 2008, Schlesinger was tapped by then Secretary of Defense Robert Gates to lead a task force to evaluate military handling of nuclear weapons following a 2007 so-called Bent Spear incident when the U.S. Air Force mistakenly lost track of six nuclear warheads for 36 hours.

The subsequent Schlesinger report led to the creation of the Air Force’s Global Strike Command.

Schlesinger and his wife Rachel — who died in 1995 — had eight children.