China’s stealth fighter program hit a milestone when a sophisticated prototype of its J-20 aircraft made its first flight earlier this month. J-20’s builder, Chengdu Aircraft Corporation (CAC), appears to have spent significant effort in giving the new prototype—No. 2011—stealth from different angles, a more maneuverable airframe, and fitting it with a complete set of avionics.

CAC spent a lot of time testing two previous prototypes—Nos. 2001 and 2002—before making the changes to the new version.

The first two prototypes basically were the technology demonstrators for this project, whereas No. 2011 should be looked at as the first pre-production prototype.

Studying the following photos from Chinese online forums, there are numerous subtle changes from Nos. 2001/2002 to No. 2011

The comparison pictures show improved workmanship, moving from a demonstrator to prototype. 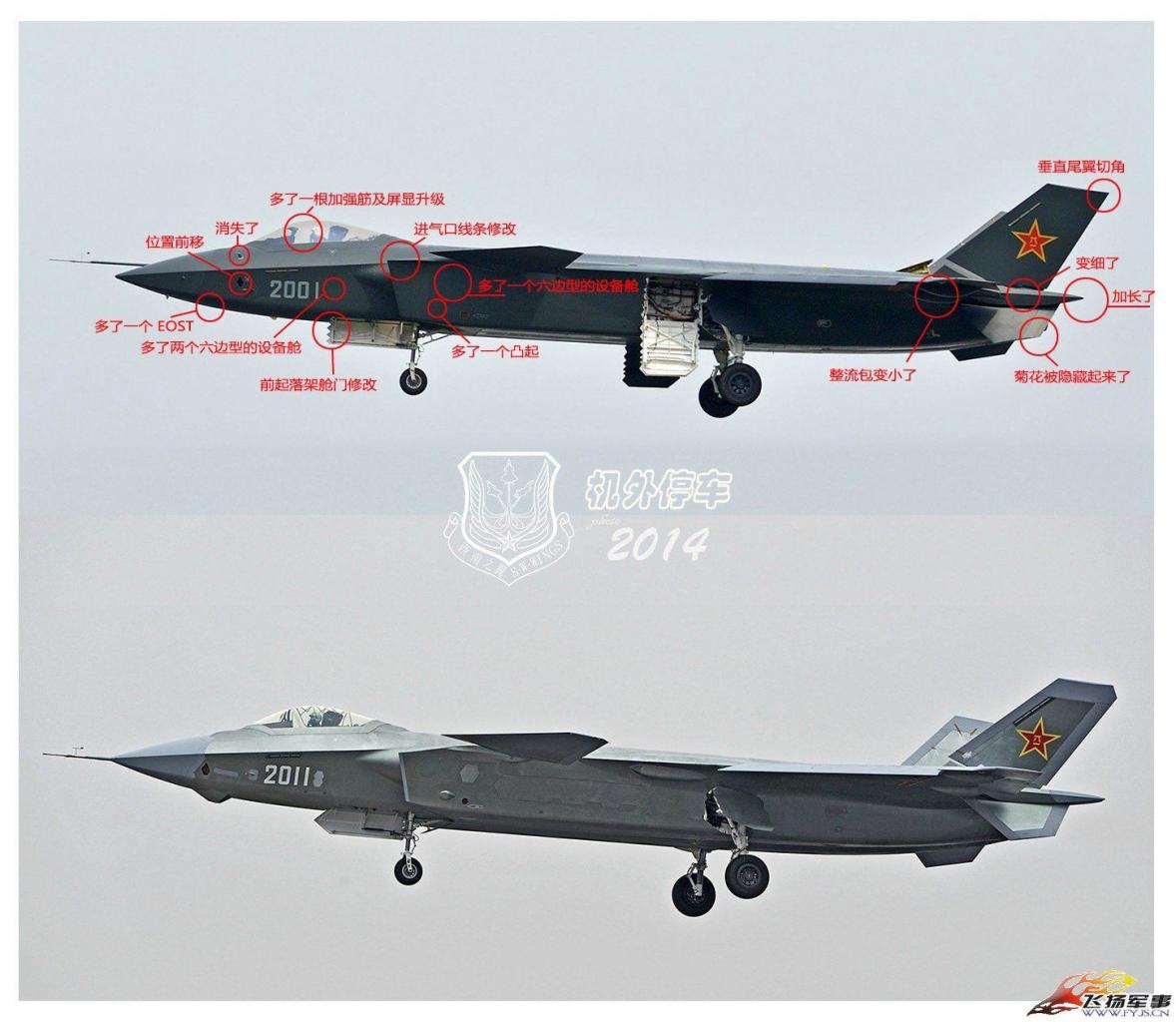 The most obvious change is the F-22-style light grey color scheme that makes it easier to identify changes.

Comparing the side views, it appears the intakes have been redesigned to be a little more slender with a more protruding (and possibly larger) bump.

The leading part of the intake is also slanted inward a little bit to conform better with the body. The back corners of the canard have been clipped and inner edge has been cut in a way so as to not leave any gap with the intake.

The back corners of vertical tail fins have also been clipped. According to a Chinese research paper, that seems to reduce the radar signature from side angles.

The front and rear landing gear doors also have been modified and the wing actuators are flatter.

Comparing the bottom views, the main weapon bay seems larger, allowing it to hold more than just air-to-air missiles and precision guided munitions. The leading edge is now straight rather than curved.

The tail booms are longer and wider, while more parallel to the exhaust. The ventral fins look a little larger and now completely shield the exhaust from most of the side views.

It looks like unless an aircraft is directly trailing the J-20, the radar signature from the exhaust should be much lower than before.

There also appears to be a fairly comprehensive set of avionics on board. No. 2002 is believed to have been installed with and testing AESA radar.

Based on frontal view comparisons, the nose of No. 2011 may be slanted at a slightly smaller angle to better fit the intended radar. 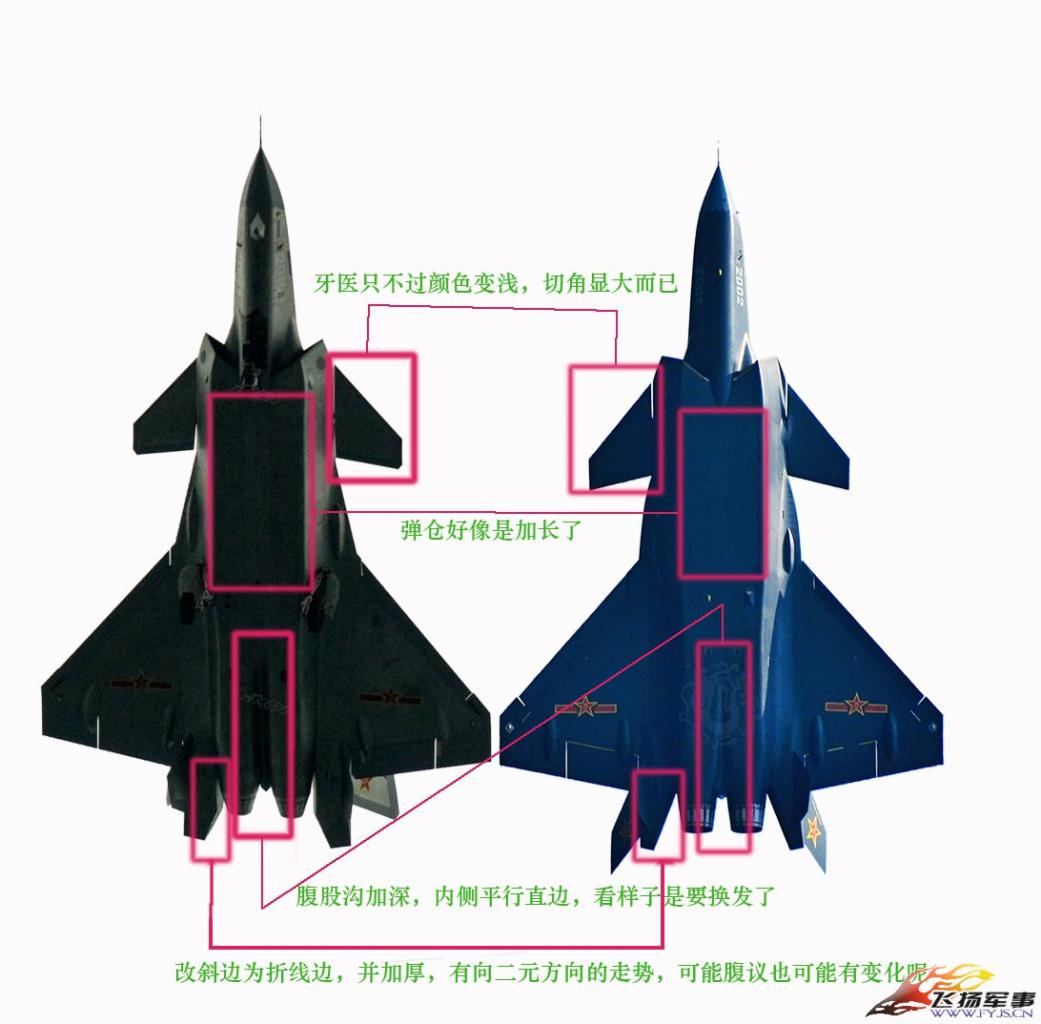 A new electro-optical tracker similar to the F-35’s Electro-Optical Targeting System has been installed on the chin of the J-20.

Also included are defensive avionics systems with panes and bumps installed on both sides of the nose, the intake, and tail.

While the interior of the cockpit cannot be seen, it’s apparent that a new type of holographic heads-up display (HUD) has been installed and that the canopy has been modified with an inner-canopy frame.

A new generation of integrated electronic systems already has been tested out in the J-10B project, which should be very helpful to the J-20 project. 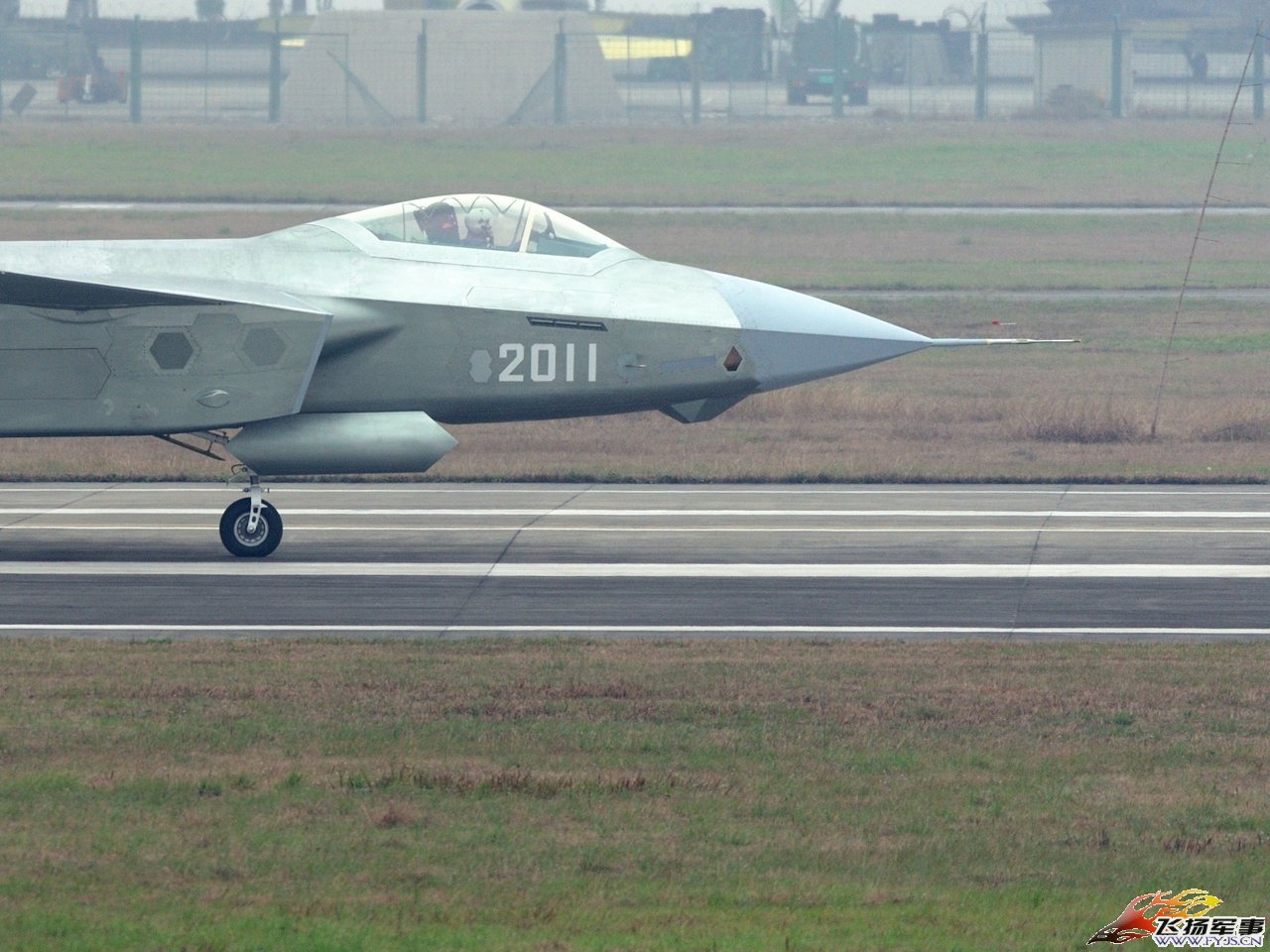 The new prototype represents a vast improvement over Nos. 2001/2002 in stealth, maneuverability and avionics. Based on the timeline of other People’s Liberation Army Air Force projects, one expects the serial production of J-20 to start around 2019, with the first operational unit forming around that time.

The one big question mark for the J-20 is the WS-15 engine, which currently is still in development. It’s unclear whether or not that engine will be available once serial production starts.