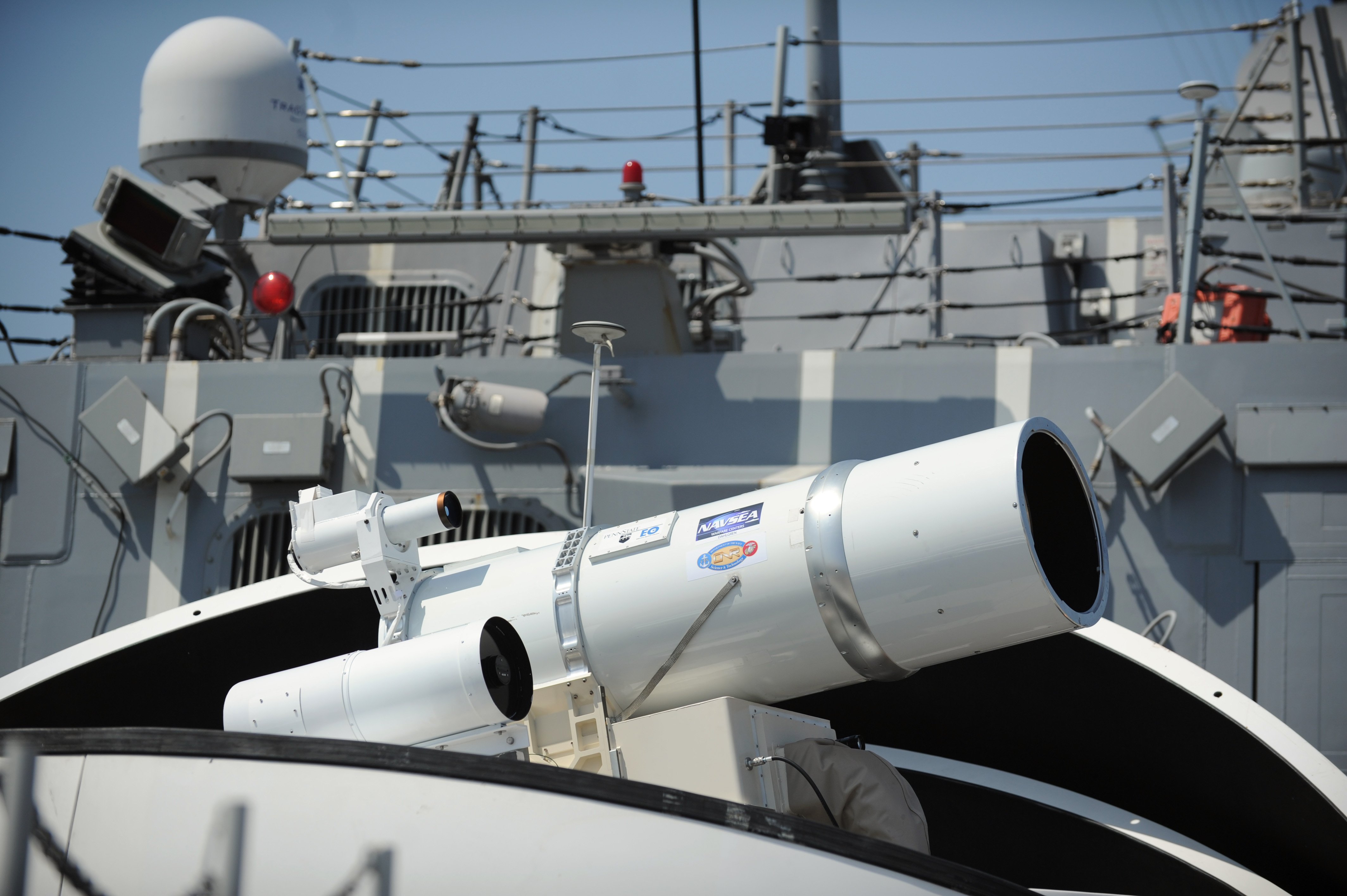 More powerful shipboard lasers, which could become ready for installation in subsequent years, could provide Navy surface ships with an ability to counter a wider range of surface and air targets at ranges of up to about 10 miles. These more powerful lasers might, among other things, provide Navy surface ships with a terminal-defense capability against certain ballistic missiles, including China’s new anti-ship ballistic missile (ASBM).

One fiber SSL prototype demonstrator developed by the Navy is the Laser Weapon System (LaWS); another Navy fiber SSL effort is called the Tactical Laser System (TLS). Among DOD’s multiple efforts to develop slab SSLs for military use was the Maritime Laser Demonstration (MLD), a prototype laser weapon developed as a rapid demonstration project. The Navy has developed a lower-power FEL prototype and is now developing a prototype with scaled-up power. These lasers differ in terms of their relative merits as potential shipboard weapons.

Although the Navy is developing laser technologies and prototypes of potential shipboard lasers, and has a generalized vision for shipboard lasers, the Navy currently does not have a program of record for procuring a production version of a shipboard laser, or a roadmap that calls for installing lasers on specific surface ships by specific dates. The possibility of equipping Navy surface ships with lasers in coming years raises a number of potential issues for Congress, including the following:

• how many types of lasers to continue developing, particularly given constraints on Navy funding, and the relative merits of types currently being developed; and
• the potential implications of shipboard lasers for the design and acquisition of Navy ships, including the Flight III DDG-51 destroyer that the Navy wants to begin procuring in FY2016.