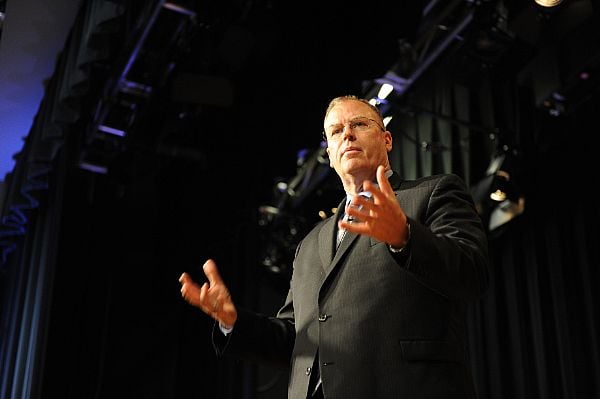 Robert Work at the Pentagon. US Navy Photo

The hearing was smooth except for a testy exchange with Sen. John McCain (R-Ariz.) over the Navy’s Littoral Combat Ship (LCS) program.

“This again makes me wonder about your qualifications because the one thing that we are plagued with is significant overruns and lack of capability,” McCain said.

McCain said that every “objective study” of the LCS program shows that the ships are not living up to their cost targets or expected performance. McCain further expressed his dismay that Work had not read a Government Accountability Office report detailing overruns on the program. “I’m stunned that you haven’t,” McCain said.

McCain also had a testy exchange with Christine Wormuth, who is also undergoing a confirmation hearing alongside Work, over the whether the Al Qaeda terrorist network is growing or not. Wormuth has been nominated to become the next under secretary of defense for policy.

Other Senators focused on issues such as a potential new Base Realignment and Closure Commission (BRAC) and potential violations of the Intermediate-Range Nuclear Forces treaty by Russia.

Sen. Kelly Ayotte (R-N.H.) expressed her concern that the Pentagon would try to circumvent Congress in shuttering bases. She asked Work for reassurances that would not happen.

Work said, “Of course we would not start a BRAC unless we were given explicit approval in the law.”

Ayotte was not satisfied with the answer.

“I take that as a lack of commitment,” she said. Ayotte added that she believes that Congress should have to approve a round of BRAC base closures. New Hampshire, however, has few military installations of any significance.

The Senate will vote to confirm Work at a later date.