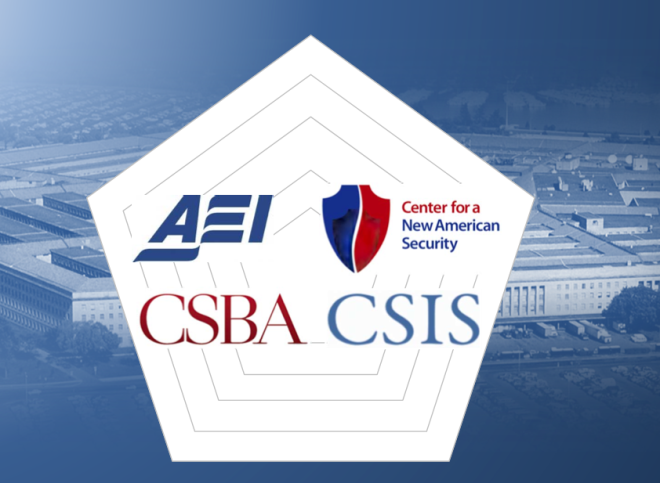 The following is from the four way defense budget game played by the American Enterprise Institute, Center for a New American Security, Center for Strategic and International Studies and Center for Strategic and Budgetary Assessment. It’s second attempt in cutting the defense budget under the mandatory financial restrictions of the 2011 Budget Control Act (BCA). The following is from the CSBA report on the overlaps between each think tank’s solution. The think tanks conducted a similar exercise in May.