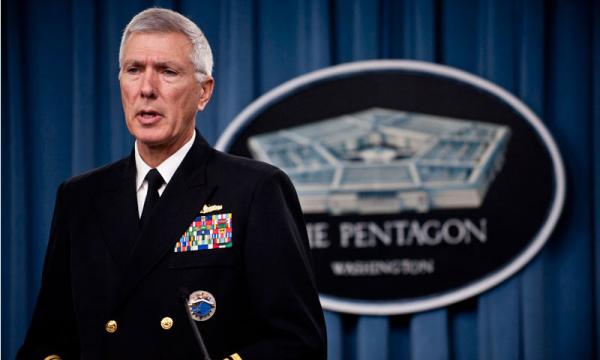 American allies and potential adversaries in the Pacific are busily amassing formidable stockpiles of advanced military hardware, just as American commanders are doubling down on U.S. presence in the region.

As a result, the seas and skies of the Asia-Pacific is rapidly evolving into “the most militarized region in the world,” the four-star admiral told reporters at the Pentagon.

The ongoing weapons buildup in the Pacific could, at some point, lead to several regional powers superseding the United States as the dominant military force in Asia, Locklear warned.

It is not only the quantity of weapons being stockpiled by China and others in the Pacific that is causing concern among Navy leaders, but also the types of advanced weapons systems being sought by regional powers, Locklear said.

“They are buying weapons, 21st century weapons” that at some point in the future, could challenge American military dominance in the region, Locklear said.

Recent reports claim Chinese military officials have conducted a live fire test of a new hypersonic weapon, which is designed to hit any target around the world within an hour.

Currently, the only weapon in the world that can hit targets worldwide at that speed are intercontinential ballistic missiles.

Those reports come on the heels of a recent announcement by the China’s People’s Liberation Army Navy (PLAN) that it is pursuing designs on a force of four aircraft carriers.

Liaoning party chief Wang Min told a local legislative body on Saturday had begun a second carrier in the Dalian shipyard in and ultimately planned four carriers in comment reported in state media were subsequently taken down, according a report in the South China Morning Post.

Wang said the second carrier could be completed in six years.
The statements and their pull back are indicative of inconstancies in China’s expressed intentions for their future forces

The inclusion of the carrier plan — buried in a public document — was viewed largely as an ineffectual attempt of transparency.

For its part, American military leaders in Washington must remain dedicated “maintain the type of [military] edge” that can keep rising regional players in check, the PACOM chief said.

As part of maintaining that military edge, Navy leaders are pursuing continued deployments of the sea service’s advanced warship, the Littoral Combat Ship, to Singapore in the coming months.

Other nations in the region are plussing up their military stockpiles, particularly submarines.