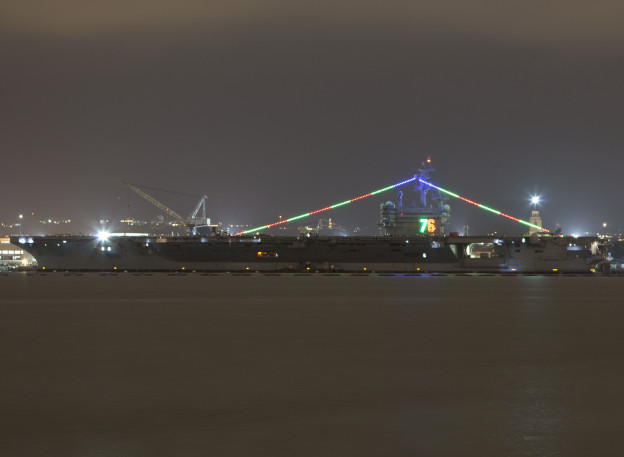 “Theodore Roosevelt will serve as a U.S. 3rd Fleet rotational carrier allowing Reagan to depart her current homeport in San Diego and proceed to Yokosuka, Japan,” according to the statement.

Washington has been deployed to Japan since 2008 as part of the U.S. 7th Fleet’s forward-deployed naval forces (FDNF).

The placement of the Nimitz-class carrier forward allows the U.S. to quickly project power in the Eastern Pacific and also respond to humanitarian missions — such as the 2011 Fukushima Daiichi nuclear crisis and the aftermath of the 2013 Typhoon Haiyan in the Philippines.

Washington has also sailed as a show of U.S. naval power during tense moments in the region — especially after North Korean provocation — in “scheduled exercises,” with U.S. allies like South Korea and Japan.

The Navy did not give a timeline for the shift in carriers, though it may take at least a couple of years to finalize.

USS Abraham Lincoln (CVN-72) was transported to Newport News for its three-year mid-life nuclear refueling and refit in March and will not be ready until 2016.

Likewise, the Navy will have to relocate the crews of Roosevelt to San Diego and Reagan to Japan — a complicated move that could involve upwards of 4,000 to 5,000 sailors and their families.