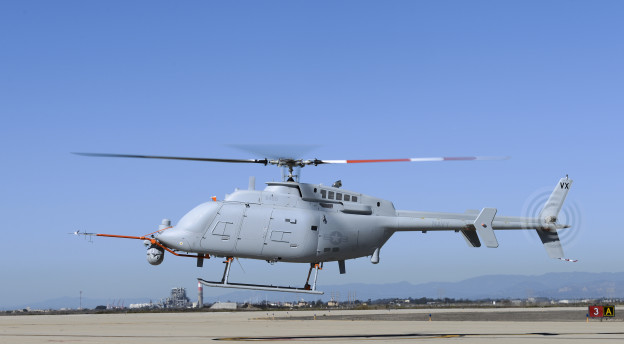 Navy leaders anticipate the maritime surveillance aircraft to play a critical role in all three mission module packages currently under development for the LCS.

The MQ-8C Fire Scout rotary-wing surveillance aircraft could be a better fit for the LCS as newer iterations of the ship roll off the assembly line, Ailes said during a briefing at the Surface Navy Association symposium 2014 in Crystal City, Va.

The latest Fire Scout can carry larger and more complex surveillance and reconnaissance payloads, while maintaining a longer flight range, compared to the current B models, according to Ailes. 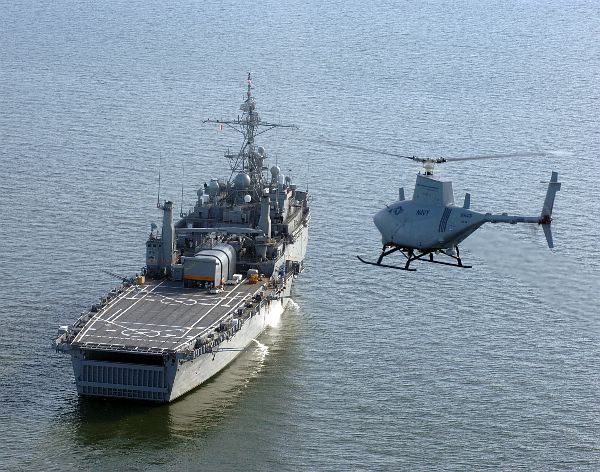 With those kinds of capabilities, “you could see in the future how that could be [possible]” to replace the Fire Scout B variants with the new C version,” he added.

That potential is prompting program officials and service leaders to run a series of recent tests and review “to see if you could” replace the B version with the C variants.

But those tests and subsequent findings could fall by the wayside, as program leaders have yet to approve a change from the B version to the C version in the LCS program of record, Ailes said Tuesday.

That said, Navy officials are pressing ahead with new rounds of trials on future iterations of Lockheed Freedom-class versions of the LCS, to test its ability to support the Fire Scout, regardless of which version may be fielded.

Program officials have already integrated the B variant into the ship’s surface warfare (SUW), mine countermeasure and sub hunting mission modules, each taking advantage of the unmanned aircraft’s sensor and imagery capabilities.

An updated version of the ship’s surface warfare package, including the Fire Scout B, is set to undergo sea trials aboard USS Fort Worth (LCS-3) in March.

The Navy began test flights with the MQ-8C in November. The airframe is based on a stock Bell 407 and heavily modified in a Northrop facility in Mississippi.

Current MQ-8Bs have a maximum speed of 100 kts with a range of 618 nautical miles and an eight-hour endurance time.

The MQ-8C variant will extend the time in the air to twelve hours, a there-and-back range of about 1,200 nautical miles and the ability to conduct an orbit around a ship of up to 150 nautical miles.

The Navy plans to deploy the new version by 2014.