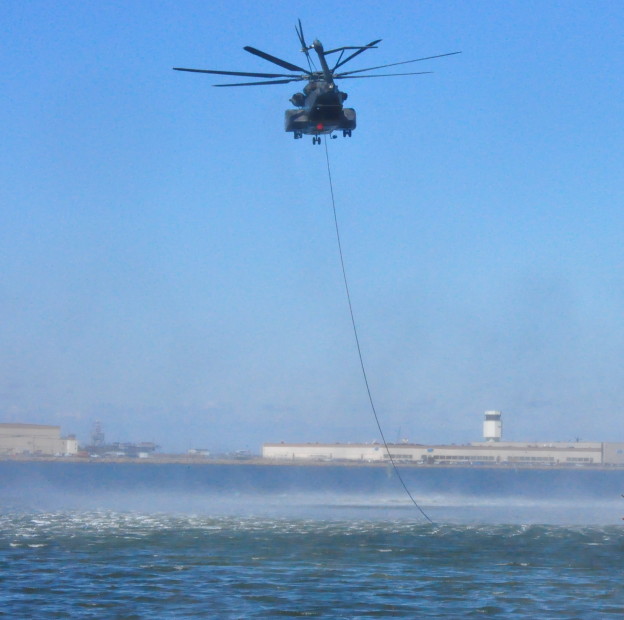 The Navy has identified the missing pilot from the Wednesday crash of a MH-53E Sea Dragon crash off the coast of Virginia Beach, Va.

Lt. Sean Christopher Snyder, 39, of Santee, Calif. was identified as the missing pilot at the request of Snyder’s family.

“At this time, our hearts and prayers are for Sean’s recovery, the other families who have suffered loss and for the health of the hospitalized sailors,” read a statement from the family provided by the service.

The Coast Guard suspended the active search yesterday, though the Navy and other agencies are still searching for Snyder and the lost aircraft.

The Navy released the names of two sailors that died following their rescue on Thursday.

The helicopter and crew were assigned to Helicopter Mine Countermeasures Squadron 14 “Vanguard” (HM-14) based at Naval Station Norfolk.

The crew was conducting mine countermeasure training when the Sea Dragon went down.

Mine Countermeasure helicopter operations are among the most difficult and dangerous in naval aviation.

The Navy is continuing to investigate the crash.