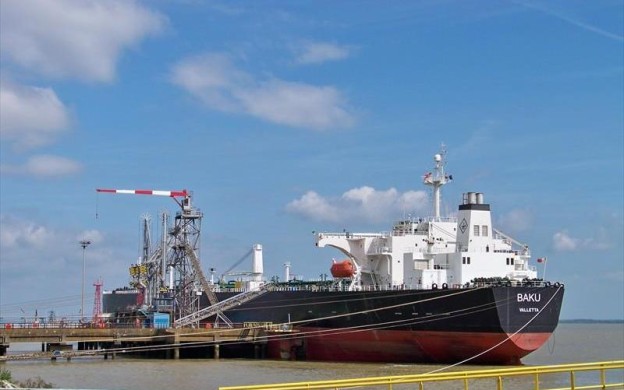 Libyan naval forces fired warning shots toward a Maltese flagged tanker attempting to dock near the Es Sider terminal on Monday, according to several press reports.

Baku, a 56,000-ton crude oil tanker, had attempted to take on the crude at Sidra 3 a.m. local time on Monday when it was intercepted by Libyan forces, navy spokesman Emad Ayoub said in a Monday news conference reported by Reuters.

The unknown Libyan naval vessel fired warning shots at Baku.
“We asked them to change course toward Misrata, but then we had to open fire when they refused and started to pull away, zigzagging,” he said.

The ship transited out of Libyan waters headed back toward Malta on Monday, according to information from MarineTraffic.com.

In August a video emerged of Libyan forces firing on Liberian-flagged tanker A Whale belonging to the Taiwan-based TMT Group.

The same month, the Libyan government announced it would enforce a blockade of the three terminals to prevent attempts to move crude outside the auspices of the NOC.

“Next time the navy will give a stronger, more decisive response,” Libyan Ministry of Defense Abdelrizaq al-Shabahi spokesman said at the Monday news conference.