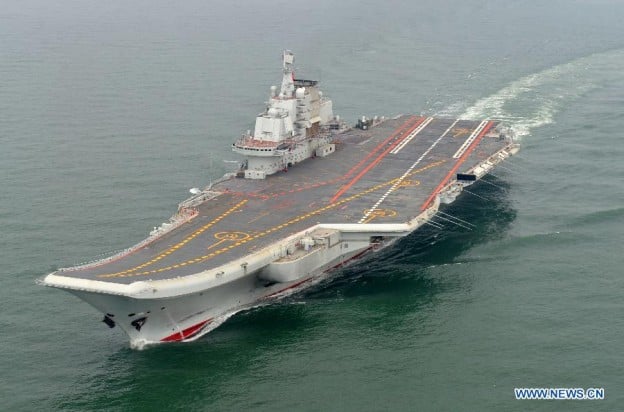 China’s first modern aircraft carrier has returned to port after more than a month at sea on a training mission, Chinese state media reported early Thursday.

Xinhua published an image of Liaoning underway in formation with a group of PLAN ships.

Though the resolution of the photo was low, the formation appears to be made up of a Yuzhao-class amphibious warship and six destroyers.

The unknown Yuzhao-class ship is believed to be the ship that nearly collided with U.S. Navy guided missile cruiser USS Cowpens (CG-63) — which was shadowing the group in early December.

The incident was called an “irresponsible action,” by U.S. Secretary of Defense Chuck Hagel.

The 55,000-ton Liaoning is a former Ukrainian-built, Soviet-era ship China has been using to learn the basics of operating a carrier ahead of a planned domestic carrier construction program.