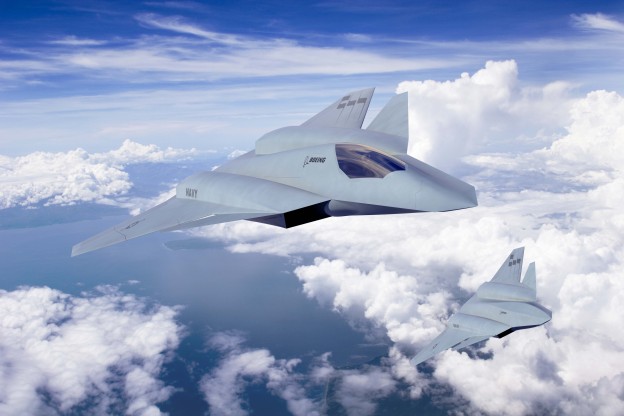 The U.S. Navy expects to undertake an analysis of alternatives (AoA) for its F/A-XX next-generation replacement for the Boeing F/A-18E/F Super Hornet starting in fiscal year 2015.

The new aircraft and its associated “family of systems” would be expected to become operational around 2035.

The Navy does not yet know what kind of aircraft the F/A-XX will be, but the service is working on defining exactly what capabilities it will need when the Super Hornet fleet starts to exhaust their 9,000-hour airframe lives around 2035.

“Right now our effort is take the F/A-18E/F off and list everything you lose,” Manazir said. “Now, how do you service that?”

For example, the Super Hornet is regularly used as a tanker. But if another jet like the Navy’s future Unmanned Carrier Launched Airborne Surveillance and Strike (UCLASS) aircraft can fulfill that role—and sufficient numbers of that aircraft are procured—the F/A-XX would not be required perform the aerial refueling tanker mission.

Though the Navy does not yet have a concrete vision for what the F/A-XX might ultimately turn out to be, there are certain attributes the service must have.

The Navy would develop the F/A-XX having fully understood the capabilities the Lockheed Martin F-35C Joint Strike Fighter and UCLASS bring to the carrier air wing.

“We’re looking to replace the F/A-18E/F with an understanding already of what the F-35C has brought to the air wing, what the UCLASS mission set is,” Manazir said.
The Navy is working very closely with the U.S. Air Force—which is working on its own F-X replacement for the Lockheed F-22 Raptor–on developing the F/A-XX.

“We’re completely stitched together with the Air Force,” Manazir said. “We’re looking at joint capabilities and cooperative capabilities that would be the same in the airframe.”
The Air Force and Navy aircraft would share weapons and sensor technologies, even if they are different airframes. One particular area of close cooperation is aircraft propulsion where the two services are collaborating on advanced variable-cycle engine technology.

“We’re very cooperative on engine technology,” Manazir said. “Of course, they want to go long distances very fast, and so their airframe looks a little different from ours. We want to have those same attributes, but we have to get in on and off the carrier.”

But ultimately whatever the F/A-XX turns out to be, it will be designed defeat most dangerous of adversaries anywhere on the globe.

“We definitely need to maintain overmatch of the adversary by bringing those effects to the battlespace with whatever is on the aircraft carrier,” Manazir said.