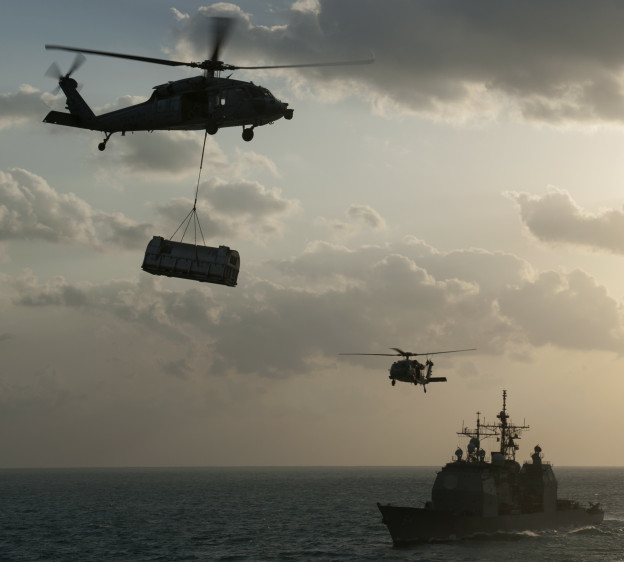 The U.S. Navy is participating in the U.S. Army’s Future Vertical Lift (FVL) program to develop an eventual replacement for its Sikorsky MH-60R and MH-60S Seahawk fleets.

“We’re looking out into the future as well to see what we want to have,” Rear Adm. Mike Manazir, the Navy’s director of air warfare, told USNI News in a Dec. 20 interview.
“Our participation in the Future Vertical Lift effort is to marinize the high-end technology that is out there.”

The FVL program aims to develop a family of high-speed rotorcraft that are much faster and have far greater range than existing helicopters for the 2030s.

Bell and Karem are focusing their efforts on building tilt-rotor designs similar in concept to the Bell-Boeing V-22 Osprey.

Meanwhile, Sikorsky and AVX are developing compound helicopters with coaxial rotors and pusher-props.

Eventually, two of the teams will be selected to build prototypes that are expected to fly in 2017.

The Navy has to be involved from the early phases of the program because of the inherent requirements of shipboard operations.

“You can bring a lot of that technology to a rotor, but when you try to fit it on an LCS or DDG, you’ve got to make sure it’s going to fit.”

The Navy is very happy with its current fleet of helicopters. In fact, the service is increasing the firepower of the MH-60S to make it more effective as a combat aircraft in the anti-surface warfare role. Likewise, the service is happy with the performance of the antisubmarine MH-60R.

But the production line for the MH-60 is going to be shutdown in 2016 under current plans, Manazir said.

The MH-60 will remain in service into the 2030s, but those helicopters will eventually have to be replaced around that time, he said.