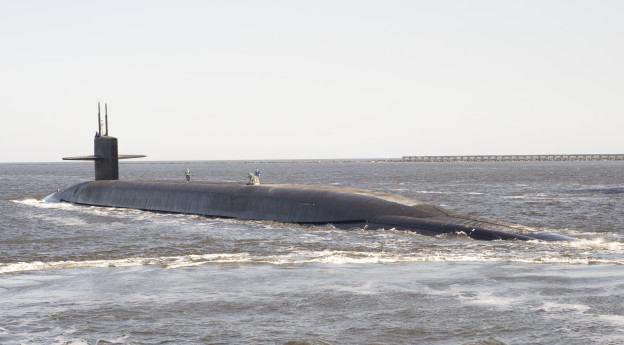 USS Tennessee (SSBN 734) pulls away from its escort boats in transit to its dive point in 2013. US Navy Photo

In its most recent review of U.S. nuclear policy, the Administration resolved to maintain all three types of systems that can deliver nuclear weapons over long ranges—submarines that launch ballistic missiles (SSBNs), land-based intercontinental ballistic missiles (ICBMs), and long-range bombers—known collectively as the strategic nuclear triad.

The Administration also resolved to preserve the ability to deploy U.S. tactical nuclear weapons carried by fighter aircraft overseas in support of allies. Nearly all of those delivery systems and the nuclear weapons they carry are nearing the end of their planned operational lives and will need to be modernized or replaced by new systems over the next two decades.
In addition, the Administration’s review called for more investment to restore and modernize the national laboratories and the complex of supporting facilities that maintain the nation’s stockpile of nuclear weapons. The costs of those modernization activities will add significantly to the overall cost of the nation’s nuclear forces, which also includes the cost of operating and maintaining the current forces.