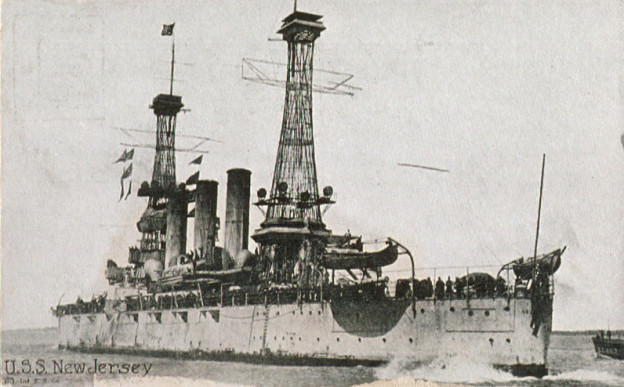 At the turn of the 20th century, President Teddy Roosevelt realized two things: first, America’s fleet had to grow to protect U.S. interests abroad; and second, it had to be very big.

After battling congressional naysayers and other obstacles, Roosevelt pushed for the creation of the “Great White Fleet,” consisting of four squadrons of warships manned by 14,000 sailors and Marines. The fleet made its debut in 1907 and was considered to be one of the Navy’s greatest peacetime achievements.

Such a move today might seem wasteful or even threatening. However, the importance and value of the Navy in U.S. national security and foreign policy would have taken much longer to establish without Roosevelt’s robust and effective advocacy. An advocacy role today would have to be part of a comprehensive and sustained campaign.

Since Roosevelt, the closest the U.S. Navy has come to such a campaign was Ronald Reagan’s platform to improve America’s armed services and strengthen its strategic retaliatory capabilities in the 1980s. The “600-Ship Navy” strategy bolstered the Navy by recommissioning Iowa-class battleships, keeping older ships in service longer and introducing a large construction program, including accelerated production of Nimitz-class aircraft carriers.

Then-Chief of Naval Operations Adm. James Watkins and Secretary of the Navy John Lehman were outspoken supporters. Lehman persuaded Congress and courted public support for the maritime strategy. The “600-Ship Navy” strategy never quite reached its number. The enduring effect, however, was that the revitalized fleet attracted a new cadre of professional sailors with the skills for modern operations. The strategy continued to ensure that the United States had the most powerful fleet ever.

The capability to deploy a carrier strike group and establish a presence in a conflict zone sends a powerful message — be it of deterrence, reassurance or defense.

Waterways, especially sea lanes, are vital to transportation and commerce. Nearly half of U.S. foreign trade is seaborne. Communications (underwater cables), energy (transoceanic pipelines), smuggling (including human), piracy, anti-terrorism, humanitarian aid and even the environment are all within the scope of maritime missions. With responsibilities from projecting power to transportation to minesweeping and more, the Navy also extends the mobility and operational access of the other services.

Apart from its traditional roles, the Navy needs to be viewed as the linchpin of cross-domain dominance. Every major national security strategy under consideration today plays to the Navy’s strength.

Special operations have become increasingly attractive, both for their tactical agility and effectiveness. Operation Neptune Spear, the operation that finally took down Osama bin Laden, had Navy SEALs on point.

The pivot toward Asia will see 60 percent of the Navy’s fleet deployed to the Pacific by 2020. The pivot is reinforced by the emerging air-sea battle strategy, which is aimed at deterring China and reassuring regional allies. The United States is the preeminent global maritime power. It’s doubtful any country could match — or even try to match — American naval might. When China put its first aircraft carrier into service in 2012, it seemed America’s supremacy at sea was to be tested. Such challenges, with increasing frequency, will ensure that the U.S. Navy will always have a major role in America’s global strategy — a strategy that must have a forward-deployable sea power focus.

Having credible champions with the political clout to navigate the imperfect government political, policy and budgeting systems would greatly advance the pivotal role of the Navy in the joint environment.

Political advocacy must be complemented and amplified by thought leadership. This calls for a campaign by all the knowledgeable and involved constituents. Just as Roosevelt had Alfred Thayer Mahan and his theories of sea power, an infusion of innovative strategies and fresh perspectives — discourse and debate — is regularly needed to keep the Navy ahead of the game.

The United States has global interests and commitments that only a forward-deployable and strong naval force can maintain. It may be difficult for some to see how to promote that role in the current fiscal environment. Coincidentally, it was the champion of the Great White Fleet, Teddy Roosevelt, who once said, “Do what you can, with what you have, where you are.” The opportunity to champion the U.S. Navy in its unique strategic role and position in national security is ready to be taken by those who support the value of American sea power. So, will the next Teddy Roosevelt please step forward to lead the Navy’s 21st century campaign?