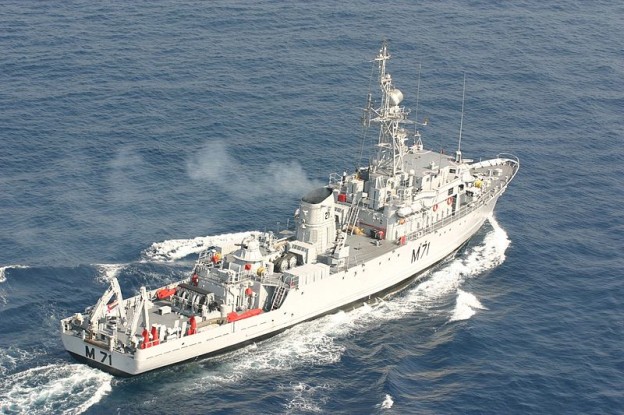 The Indian mine sweeper caught fire while undergoing an overhaul in a shipyard in the city of Visakhapatnam, according to several press reports.

INS Konkan (M72) caught fire on Wednesday at around 4:30 p.m. local time, according to a report in The Hindu newspaper.

“A fire had occurred on the ship reportedly due to a short circuit and fire fighting is going on. There are, however, no casualties in the accident,” Police Commissioner B. Shivadhar Reddy told the newspaper.
Konkan is one of seven Russian built Pondicherry class mine sweepers in the Indian fleet.

The 891-ton ships are heavily armed and field a crew of around 80 sailors.

This is the second ship fire suffered by an Indian ship in dock this year.

In August, a fire about the attack submarine INS Sindhurakshak killed more than 12 sailors.