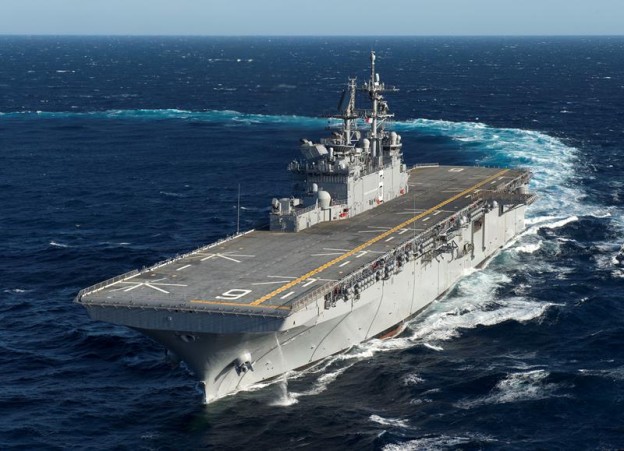 The first of the Navy’s next-generation of amphibious warships has completed its builder’s trials, Naval Sea Systems Command (NAVSEA) announced on Thursday.

America (LHA-6) conducted five days of trials in the Gulf of Mexico before returning to Ingalls Shipbuilding in Pascagoula, Miss.

“The ship performed well at sea and largely exceeded my expectations. The state of completion is right where it should be for builder’s trials,” Capt. Chris Mercer, Amphibious Warfare program manager for the program executive office ships said in a NAVSEA statement. “Our joint government and industry team comprehensively tested every aspect of the ship’s equipment and systems, and the results leave us with a clear path to a successful acceptance trials and delivery next year.”

The ship is the first in a new class of so-called “big deck” amphibious ships that are designed to act as platforms for helicopters and short takeoff-vertical landing (STOVL) tactical fighters.

The trials conducted over two hundred tests on the ship’s systems including the ship’s propulsion systems, which are based on the propulsion plant of the USS Makin Island (LHD-8) with uses a gas turbine hybrid drive instead of an older steam plant design.

The ship will now await Navy trails from the service’s Board of Inspection and Survey (INSURV) in January and eventual commissioning in 2014.

The second ship of the class — Tripoli (LHA-7) — is currently under construction at Ingalls and about 5 percent complete.