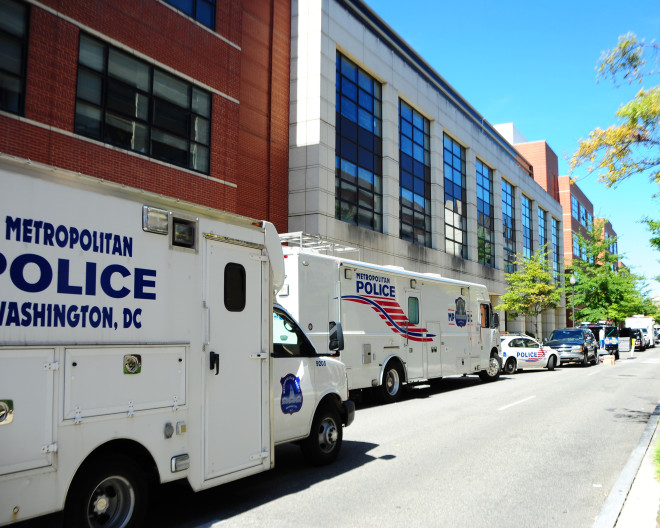 The Navy will not demolish the site of the Sept. 16 Washington, D.C. Navy Yard shooting, Navy officials told USNI News on Thursday.

Building 197 — headquarters of Naval Sea Systems Command (NAVSEA) — has been shuttered since former Navy reservist Aaron Alexis’ rampage that killed 12 while the Navy assessed with what to do the building.

On Sept. 30 the Navy issued a $6.4 million contract to CH2M Hill Constructors, Inc. to, “make immediate safety repairs to the facility, conduct detailed damage assessments, and develop alternative concept designs,” according to the announcement.

At the time of the announcement the Navy said, “no decision has been reached on the final disposition of NAVSEA HQ,” according to the statement.

Since then the Navy has determined it will keep the building but the interior may change, Lt. Cmdr. Rebecca Rebarich with NAVFAC told USNI News on Thursday.

With input from workers at the Navy Yard, CH2M Hill is creating different concepts for the interior of Building 197.

“They’re going to look at what changes they need to make,” Rebarich said.
“That’s part of this design concept between the Navy and the contractors to see what ideas are there.”

The company will offer three different plans that would offer either a minimal, medium or large-scale renovation of the site, Rebarich said.

CH2M Hill has until the end of November to present concepts of the new plan to the service, according to the Navy.

Last week, the FBI turned the building back to the Naval Facilities Engineering Command (NAVFAC), Since NAVFAC has taken possession the building it has allowed workers to gather possessions left after the mass evacuation after the shooting.