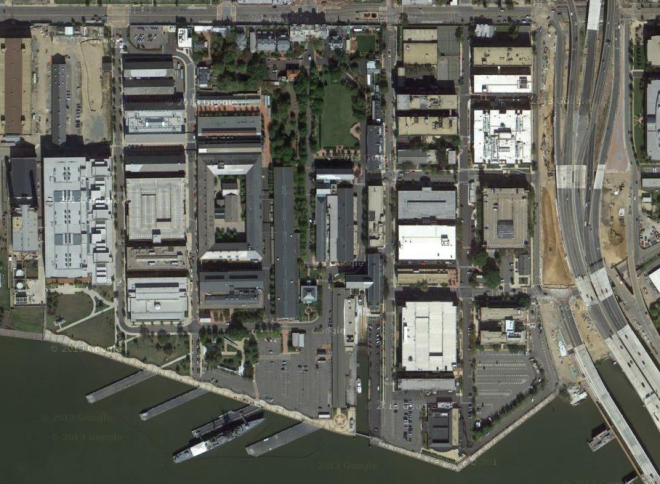 The Navy has awarded a $6.4 million contract that would, “make immediate safety repairs to the facility, conduct detailed damage assessments, and develop alternative concept designs,” for the Naval Sea Systems Command (NAVSEA) headquarters building according to a Sept. 30 award provided to USNI News on Wednesday.

On Sept. 16, former Navy reservist Aaron Alexis killed 12 people in a shooting rampage on the Washington Navy Yard in Building 197.

“The building, “suffered extensive and widespread damage during the tragic shooting and related events,” according to the contract announcement.

The contract will restore the building to a “safe condition” and present Navy leadership with options for the building.

The future of Building 197 is unclear.

“No decision has been reached on the final disposition of NAVSEA HQ,” read the announcement.