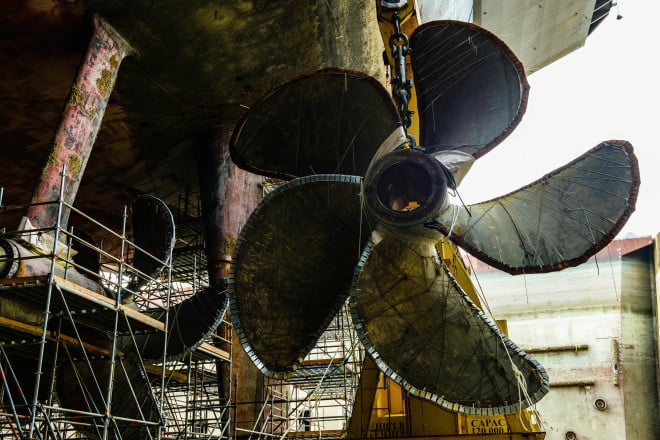 The yards — responsible for the bulk of the Navy’s ship maintenance — are only authorized to conduct critical maintenance on ships being serviced while the shutdown is ongoing, according to information from the service.

-Norfolk Naval Yard, Norfolk, Va. will furlough about 3,400 of its 9,000 employees, according to spokesman Jeff Cunningham at Norfolk.

-Portsmouth Naval Shipyard, Kittery, Maine will furlough 1,520 of its 4,600 workforce, according to information provided to USNI News.

-Pearl Harbor Naval Shipyard, Hawaii could furlough 3,330 of its 4,500 employees, according to a report from KHON 2 Hawaii. USNI News was unable to reach the shipyard by the time of this posting.

“[Those] shipyards will continue on ongoing availabilities, as the funding is already authorized,” Lt. Cmdr. Reann Mommsen, with U.S. Fleet Forces command, told USNI News.
“However, no new contracts will be let and no new work will be added to the availabilities.”

The work the Navy is getting done is tied to ships most needed in the fleet.