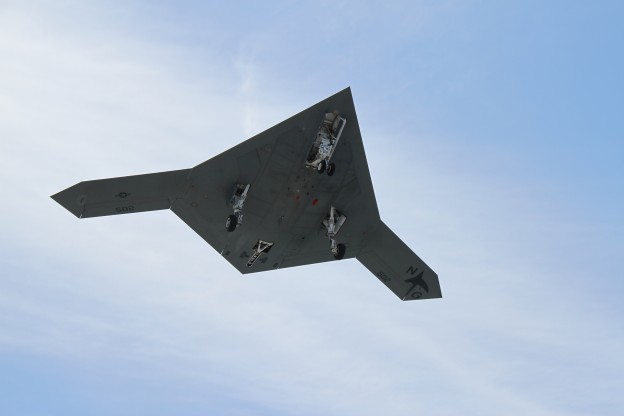 Some weeks ago, unmanned aerial vehicles passed a major pair of milestones. The Navy’s X-47B successfully launched from and then landed on board an aircraft carrier.

For years we have been hearing almost daily about drone strikes against terrorist or insurgent leaders in places like Afghanistan, Iraq and Yemen. Less often, we have been hearing about how UAVs give our soldiers and sailors new eyes to see beyond their horizons, and also about how long-endurance UAVs like Northrop Grumman’s Global Hawk offer a new kind of protracted long-range surveillance.

All of these developments connect to a new kind of warfare that has been evolving for decades, mostly since the end of the Cold War. The new idea is that instead of massed firepower, which is less and less affordable, U.S. forces will wield precision weapons against particularly critical enemy targets.

In an insurgency, the targets are the insurgent leaders. Their troops are easy to replace, their leaders much less so. The leaders may, for example, be able to convince their underlings to carry out suicide attacks, but they see themselves as far less replaceable. If they can order the attacks without much risk, that is one thing. If a UAV can wait overhead for their car to appear, or suddenly turn up over their compounds to hit them, that is very different. Its precision attack, controlled by a human operator at a distance, is also a lot less lethal to innocents near the target, not to mention to troops who would otherwise have to storm the enemy’s camp, far from their own lines.

The fleet sees analogous developments on a very different scale. The X-47B, or something like it, offers the possibility that it, too, can loiter waiting for the call to strike. If it is stealthy enough, it can do so within range of a target and without much risk of being shot down. Like the drone attacking a terrorist leader, the X-47B would not seek out its target. That would be done by other means of surveillance, such as satellites and other UAVs.

The difference from an attack by a manned aircraft is much more than not risking a pilot (as the drone strikes on terrorists do not risk our troops). Unlike a pilot, a UAV does not tire as it waits to act. Over the last year or so, we have demonstrated that UAVs can refuel each other in the air. Not only would the attack UAVs not lose their focus through fatigue, they would be able to stay on station until they either use up their bombs or break down — hundreds of hours rather than an hour or so from, say, a carrier.

The Pacific Ocean is huge. We get enormous benefits out of the aircraft carriers based in San Diego, because they alone are able to carry air power anywhere it is needed on the Pacific Rim. The only other way to put U.S. aircraft where they are needed is to negotiate deals with the countries that own airfields in the right places. Their governments can wipe out those agreements in a flash. Anyone doubting that can look up our history in the Philippines, where generations of sailors called Subic Bay their home away from home. That was, until the Philippine Senate suddenly decided that Subic was an unwarranted imposition on their sovereignty (many in the Philippines may now regret that).

So how does a new world of UAVs connect with the virtues of the carriers you can see at Coronado? Anyone trying to deny us our ability to operate freely in the Western Pacific threatens to sink the carriers. The Chinese have given enormous publicity to a new ballistic missile that is advertised to do just that. There is one little rub. To sink a carrier, you first have to find it and track it precisely. The closer the carrier has to be to remain effective — the shorter the legs of its aircraft — the easier it is to find. A carrier operating UAVs, which can orbit for days within striking range of a target, but which can also be far from their mother ship (the carrier) becomes much more difficult to find and neutralize. The new UAVs may turn out to be the key to keeping U.S. seapower effective in the increasingly important Pacific Rim — to which San Diego is a key gateway.

Then there are the big UAVs, the Global Hawks. They are, in effect, replacements for the long-serving U-2s. They offer endurance far beyond what any human pilot can achieve, even without in-flight refueling. Endurance means the ability to cover larger areas in one flight, as long as the UAV can stay in the air. Again, the sheer size of the Pacific makes such endurance more and more valuable.

It might be argued that satellites offer much of this virtue, but that would be misleading. A reconnaissance satellite has to operate at relatively low altitude in order to see very much. It cannot just hang somewhere in the sky — that ability is limited to much higher-altitude satellites, the kind that relay telephone signals.

The satellites we use to see things on the surface of the earth move quickly (due to the facts of life of orbital physics), and it is many hours before they revisit the same place. Only an airplane can get quickly to a place of interest and then stay there to monitor what is happening. That is why drones are used to strike terrorists.

Our intelligence may tip us off that X is riding in a car with particular license plates, and that he is going to pass a particular place. If we want to ambush him, we have to wait for that car. A UAV can get to the place in question (or, rather, to the sky over it), and then wait for the car to turn up. A bigger, longer-range UAV like a Global Hawk can fly out to a point over the sea and watch what is happening there. A satellite can’t.

This new world of UAVs is half-born. UAVs were very effective in places like Afghanistan, where there was no serious opposition, no one with weapons to shoot them down. It is often argued that once our forces have come home, UAVs and all the other specialized weapons developed to fight in Iraq and in Afghanistan should be retired.

Pilots in particular will argue that relatively dumb UAVs are not reasonable replacements for their considerable skills. A UAV does not decide by itself to attack or to do anything else; its human operator does. On the other hand, pilots increasingly deliver their weapons on command, to attack targets chosen by someone else — by a forward observer or by someone at a command center using extensive intelligence material.

It seems wisest to envisage a world in which UAVs and manned aircraft complement each other.