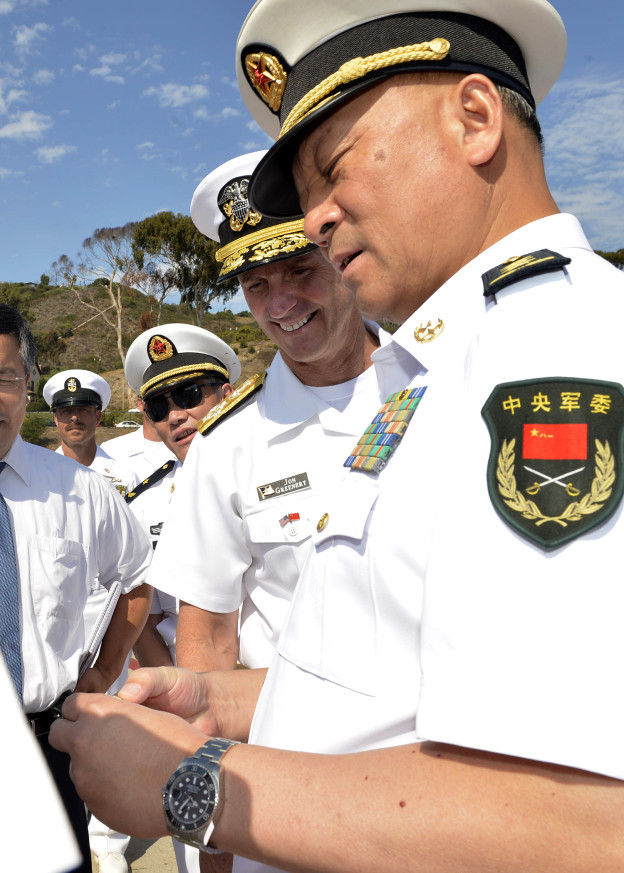 Chief of Naval Operations Adm. Jonathan Greenert hosted the head of the Chinese Navy during a visit to the U.S. 3rd Fleet headquarters in Naval Station San Diego, Calif. on Monday.

Last week, Greenert previewed the meeting saying that a better relationship with China would prevent “miscalculation,” in the future.

China has been embroiled in an ongoing conflict in the South China Sea with other nations in the region over overlapping territorial claims. The U.S. has declared neutrality as tensions rise over claims but has advocated for multi-country talks to settle disputes while China prefers to deal with nations individually.

Shengli’s visit is part of an ongoing campaign to improve military to military relations between the U.S. and China.

In August, U.S. Navy and PLAN sailors conducted anti-piracy drills in the Gulf of Aden.

The U.S. base visit by the Chinese warships — the first in six years — and Shengli’s visit with Greenert come ahead of the planned inclusion of the PLAN in the 2014 Rim of the Pacific (RIMPAC) exercise.

“Substantive military-to-military relationship is an important pillar for this strong bilateral relationship. The United States welcomes and supports the rise of a prosperous and responsible China that help solve regional and global problems,” Hagel said on Aug. 19.