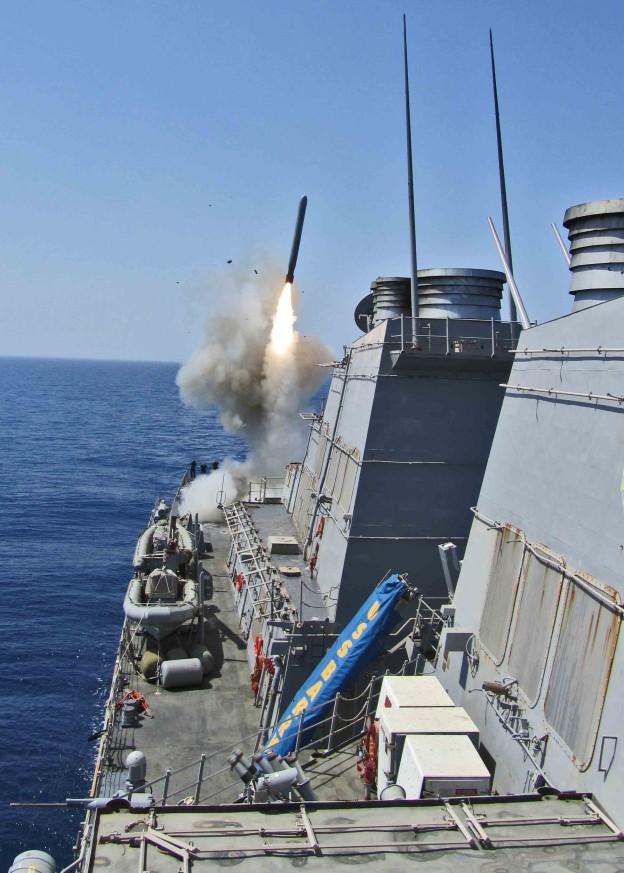 When looking for insights and answers to the complex problem the United States confronts in Syria, there is no shortage of examples of punitive military operations against bad actors from which to draw lessons. In the past 30 years the United States and its allies have launched punitive airstrikes against, to name a few: Lebanon, Iraq, Iran, Libya, Bosnia, Kosovo, Sudan and Afghanistan. Clearly the “measured military response” is a favored approach for American leaders when dealing with rogue actors. What is interesting this time around is the unprecedented public debate about whether or not such tactical measures actually work.

“Do punitive strikes work?” To answer that pressing question one can look at a number of historical examples for answers. Three are offered here for consideration: The 1994 NATO bombing of Udbina Airfield in the Serbian-occupied region of Croatia; the four-day intensive surgical strikes against Iraq in Operation Desert Fox in 1998; and NATO airstrikes against Muammar Gadhafi’s forces in Libya during Operation Unified Protector two years ago. One could say that those three examples represent the small, medium, and large options on the “punitive military operations” menu.

The NATO airstrike on the Serbian-held Udbina airfield in 1994 is an example of a single action in response to a violation of a declared “red line.” The cratering of the Udbina runway and destruction of some airbase facilities on the afternoon of 21 November 1994 were punitive measures designed to punish Serbian forces for their repeated violations of the Bosnian no-fly zone using aircraft based at Udbina. Similar to possible punitive U.S. strikes against Syria, the air raid was all but phoned in to Serbian forces. There was no measure of surprise; one would expect that anything of value had been removed days prior. The airstrike was NATO’s way of showing resolve in enforcing the no-fly zone. Although the airstrike had little measurable effect on Serbian behavior in the region—that would require more punishing airstrikes and NATO boots on the ground a year later—it is an example of the symbolic use of force. That first-ever NATO airstrike proved that the treaty organization was willing to put some bite into its bark. A small symbolic strike is one way to address the need to do something to punish the Syrian regime of Bashar al-Assad, but like the first few pin-prick attacks against the Bosnian Serbs, it is unlikely to change the Assad’s behavior.

The December 1998 punitive airstrikes on Iraq, known by the ill-chosen moniker of Operation Desert Fox, are an example of what a larger commitment of force can achieve. That four-day operation of sustained strikes—including more than 400 cruise missiles and 600 tactical aircraft sorties—was meant to compel Saddam to grant the U.N. weapons inspectors unfettered access to suspected WMD sites. Post-2003 Iraq invasion assessments indicate that the attack was a serious blow to Saddam Hussein. Official reports indicate that his regime was badly shaken by the loss of 1,400 Republican Guard troops, and that Iraq’s weapons programs were set back two years.[1] Internally the regime was probably at its most vulnerable point since the end of Desert Storm. Externally it continued to show defiance toward U.N. inspectors and the United States. Much of the same defiance from Syria after a measured, but debilitating military attack, should be expected. One major difference, of course, is that unlike Saddam Hussein in 1998, Assad has dozens of insurgent factions waiting at the gates of Damascus for an opportunity to topple his government. A strike like Desert Fox may serve as the impetus that changes the balance in the Syrian civil war. It is the question of what might come after Assad that is giving many policy makers pause.

The final example for consideration is a higher-cost and riskier commitment of airpower, as demonstrated in NATO’s Operation Unified Protector in Libya in 2011. That operation was critical to toppling the Gadhafi regime. In that operation, NATO often deliberately acted as the air arm of the Libyan rebels, flying roughly 26,000 sorties—including 9,600 strike missions—over the course of the operation. As many commentators have pointed out regarding Syria recently, there are comparisons to be made between what NATO did in Libya and what could possibly happen in Syria. The reasons for not committing the same level of effort to Syria is another conversation, but for the sake of this discussion it is clear that Operation Unified Protector serves as an example that a larger commitment of cost and risk by the United States and its allies can serve as the impetus for achieving an objective as ambitious as regime change.

A clarification of U.S. policy and objectives is clearly in order and it appears to be taking shape in the national debate that is playing out daily. The Assad regime clearly can never regain its legitimacy among the people of Syria. If the civilized world agrees that Assad’s next stop should be the International Court of Justice in the Hague, then it is time to change the balance of power in Syria and accept the risk of what comes next. If regime change is the policy objective, then the aforementioned lessons from history suggest that the wise choice is to take a cue from the filmmaker Morgan Spurlock and “Supersize the order.” Make it an extra-large if you really want to make an impact.