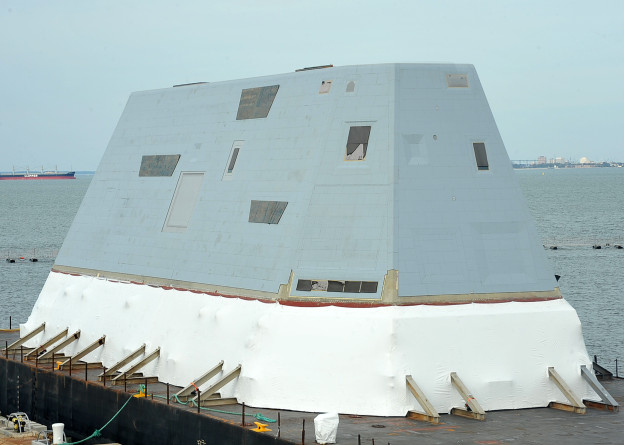 Huntington Ingalls Industries (HII) will shutter its composite manufacturing facility in Gulfport, Miss. following a decision by the U.S. Navy to switch from composites to steel in the construction of the deckhouse for the last of three Zumwalt-class guided missile destroyers (DDG-1000), HII announced Wednesday.

According to a HII filing with the Securities and Exchange Commission, the company expects to close the facility by May of 2014.

The closure expects to impact 427 workers at the facility and incur a cost of $59 million to the company, according to a Sept. 4 8K filing to the SEC.

“This is a difficult but necessary decision,” said HII President and CEO Mike Petters said in a statement. “Due to the reduction in the Zumwalt-class (DDG-1000) ship construction and the recent U.S. Navy decision to use steel products on Lyndon B. Johnson (DDG-1002), there is both limited and declining Navy use for composite products from the Gulfport Facility.”

The Gulfport facility built the first two 1,000-ton deckhouses for the Zumwalts as well as four hulls for the Osprey-class mine hunter ships briefly used by the Navy before the service abandoned the program in favor of the mine hunting systems based on the Littoral Combat Ship (LCS). The facility had planned to build U.S. Coast Guard vessels before the service decided to go with steel instead.

Other than the deckhouses, the only other Navy work for the facility was manufacture of the composite masts for the San Antonio-class (LPD-17) amphibious warships. HII said in August it anticipated work on the masts to be completed in the first part of 2014.

“The composite design was initially required to meet weight requirements. Subsequent to the award of DDG-1000 and 1001 superstructures, sufficient weight removal allowed for the opportunity to provide a steel superstructure, which is a less costly alternative,” NAVSEA officials said in an August statement to USNI News.

When asked if there were any other options for the facility, HII officials told USNI News, ”we have been exploring other uses for Gulfport but — to date — have not identified an alternative plan ahead.”