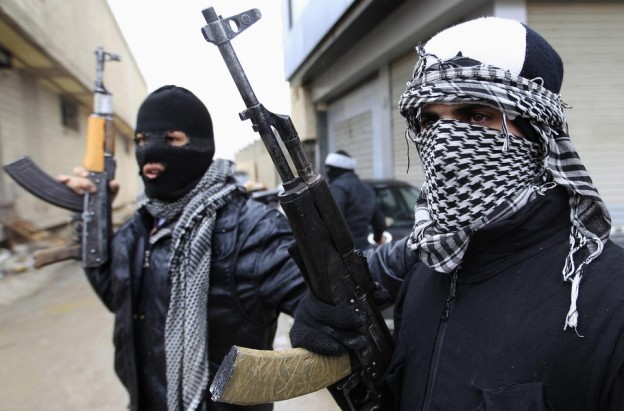 The news headlines indicate that a military strike against Syria is imminent. Sen. Bob Corker (R-Tenn.) said on MSNBC on Monday that he anticipates, “a surgical, proportional strike against the Assad regime for what they have done.” Sen. John McCain (R-Ariz.) worried about diminishing American credibility, “if the United States stands by and doesn’t take very serious action.”

The feeling of outrage is shared by millions that are watching the bitter civil war rage in Syria, and Bashar al-Assad’s use of chemical weapons against his own people. Emotions aside, the questions still remains as to what the military instrument of power can achieve against Syria.

In mid-July of this year Chairman of the Joint Chiefs, Gen. Martin Dempsey outlined exactly what military actions could potentially achieve and what they may cost in terms of dollars and risk. Dempsey’s report to the Senate Armed Services Committee (SASC) offered a realistic assessment of the “Limited Stand-off Strike” option that appears to be the most recommended course of action by those such as Senatosr Corker and McCain that are recommending punitive action.

Dempsey wrote in his report, “air and missile systems could be used to strike hundreds of targets at a tempo of our choosing. Force requirements would include hundreds of aircraft, ships, submarines, and other enablers. Depending on the duration, the costs would be in the billions… There is a risk that the regime could withstand limited strikes… Retaliatory attacks are also possible, and there is a probability for collateral damage impacting civilians.”
It happened before. The year was 1983, and President Ronald Reagan ordered punitive airstrikes against Syrian and Lebanese Hezbollah targets in response to the bombing of the U.S. Marine barracks in Beirut six weeks early. First it is worth noting the six week delayed response that occurred between the incident and the reaction. There was no rush to war even after the death of 241 U.S. servicemen in Beirut. Second, it is important to remember the effects of the airstrikes. Two US aircraft were shot down, one A-6 pilot died, and his navigator was taken hostage. Also, no significant damage was inflicted upon the enemy. In fact, US forces withdrew from Lebanon a couple of months later, Lebanon’s civil war raged for another decade, and Iranian Hezbollah are still entrenched in the country.

Beyond the immediate consequences and non-consequences of the 1983 punitive airstrikes, it can be argued that this action was at least a partial motivation for Hezbollah’s Western hostage taking spree that befell war ravaged Lebanon for the next ten years. In an historical twist of fate, President Reagan’s desire to free the hostages in Lebanon during his second term became a bull-gear in the Iran-Contra machine as the Reagan administration traded arms to Iran for the piecemeal freeing of the hostages in Lebanon, and covert cash for the Nicaraguan Contras.

That was then and this now, but the point is as in physics, ergo history: actions often equate to reactions. The ancient Athenian Thucydides’ eternal wisdom reminds us that wars are fought for reasons of fear, honor, and interests. The expressive use of power presently being considered by the leaders of the western nations is understandable. They are responding to need to defend the honor of the values that civilized nations holds most sacred.

The world is appalled by the actions of Assad and the “something must be done reaction” is hard to ignore, but we are wise to remember that a few well-placed missiles will not make the problem go away. Dempsey closed his report to the SASC reminding his readers that the use of force “is no less than act of war,” he said.
“Once we take action, we should be prepared for what comes next.”

So before we throw our first punch, let’s make sure we are fit for what may turn out to be a full ten rounds in a very tough neighborhood.