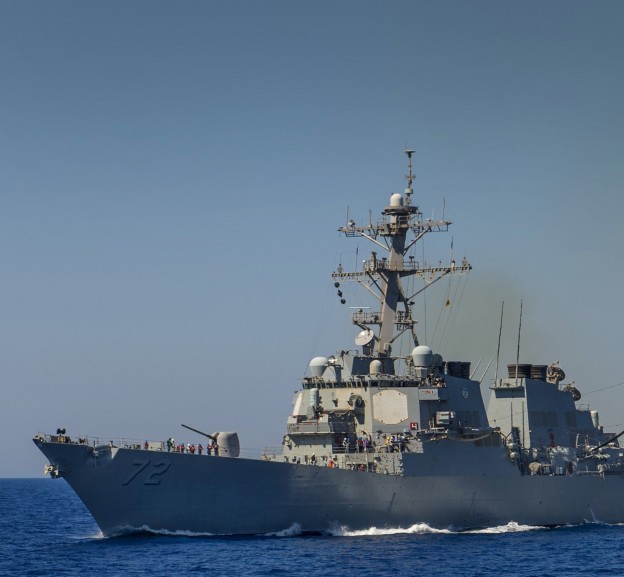 The Navy is extending a deployment of an Aegis-equipped guided missile destroyer in the Eastern Mediterranean amidst a United Nation’s inspection into allegations that the regime of Syrian president Bashar al-Assad used chemical weapons in the conflict, according to several press reports.

USS Mahan (DDG-72) was slated to leave the region and be replaced by USS Ramage (DDG-61) for a ballistic missile defense (BMD) patrol in the U.S. 6th Fleet area of responsibility. Now both ships, along with USS Barry (DDG-52) and USS Gravely (DDG-107) will remain in the region, The Associated Press quoted a defense official on Sunday.

All four destroyers are capable of intercepting ballistic missiles as well as launching land attack missiles.

“President Obama has asked the Defense Department to prepare options for all contingencies. We have done that and we are prepared to exercise whatever option — if he decides to employ one of those options,” Secretary of Defense Chuck Hagel told reporters on Sunday.

Hagel did not specify what options were under consideration.

On Saturday, Obama and his national security team met to discuss Syria, according to a report in The Hill.

“Once we ascertain the facts, the president will make an informed decision about how to respond . . . and we are going to act very deliberately,” The Hill quoted an administration official.

In addition to the American destroyers, U.K. Royal Navy forces are also massing in the region, according to a report from The Telegraph.
A Royal Navy nuclear submarine is said to be in the region. The light helicopter carrier HMS Illustrious (R06) and amphibious warship HMS Bulwark (L15) are in the Mediterranean for an exercise in addition to two Royal Navy frigates.

The ships are part of a “strategic contingency,” according to The Telegraph.