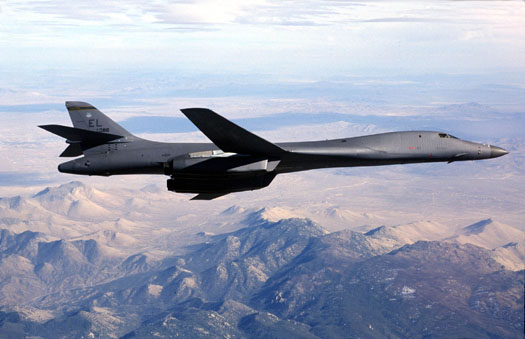 A South Dakota-based B-1B Lancer bomber has crashed in Montana on Monday, according to a release from the 28th Bomb Wing provided to USNI News.

The crew — consisting of two pilots and two weapon systems operators — safely ejected with “some injuries,” according to the statement from the Ellsworth Air Force Base command.

“We are actively working to ensure the safety of the crew members and have sent first responders to secure the scene and work closely with local authorities at the crash site,” said Col. Kevin Kennedy, 28th Bomb Wing commander said in the release.

The crash site was near Broadus, Mont. near the 8,300 square mile Powder River Training Complex.

Bombers like the B-1B and the B-52 use the training space to practice low level flying and avoidance tactics used in Iraq and Afghanistan.

The Air Force is currently in negotiations with several local, tribal and federal agencies to expand the training area.

B-1Bs were developed in the mid 1970s and entered the Air Force in 1986 as a high-speed, low altitude nuclear bomber.

In the 1990s it was converted for use as a conventional weapons platform. The so-called “Bone” has seen extensive use over the last five years in Afghanistan after being modified to carry precision munitions