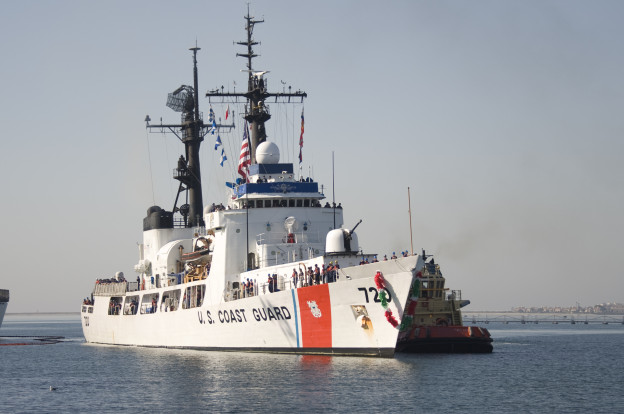 Today, America’s Coast Guard is in drastic need of reinvention.

For generations, the service has struggled to field adequate manpower and the cutters, boats and aircraft needed to perform all of its mandated missions, all while wrestling with increasing responsibilities.

As detailed in the August edition of the U.S. Naval Institute’s Proceedings, the Coast Guard must have more funding, a stronger focus on operations over bureaucracy, and better alignment with the rest of government. In today’s constrained budget environment, such a reinvention will only come through innovative policy choices and political leadership willing to make support of a fully capable Coast Guard a national priority.

Streamlining this bulky command structure would put more personnel on the front lines and allow greater focus on the commandant’s top priority of operational proficiency, a need acutely felt in the wake of the tragic 2009 boat collision in San Diego Bay.

Reinvention must continue between the Coast Guard and its federal partners.

There is much duplication of effort within the Department of Homeland Security: the Coast Guard, Customs and Border Protection, and the Border Patrol all fulfill similar patrol functions.

One framework would be for the Coast Guard to serve as force provider for all such maritime resources, with assets assigned to CBP and the Border Patrol for agency-specific missions.

The cost savings, operational improvements, and value to the nation produced by such a merger could be significant.

Similarly, the Coast Guard has much to offer the U.S. Navy and more interoperability between the two services would benefit our nation’s defense.

There could not be a mission better aligned with Coast Guard competencies, for example, than the multinational effort against Somali pirates, yet the service has had only a limited role in those operations.

Instead, the Navy burns holes in the ocean with its most expensive warships, searching for skiffs and dories, while the Coast Guard’s expertise, sharpened through decades in the drug war, goes essentially unused.

A Navy-sponsored squadron of Sentinel-class cutters would be far more operationally effective and cost-efficient for the nation than the current paradigm of employing cruisers and destroyers to do a patrol boat’s job.

Reinvention ends at the top. The biggest problem facing the Coast Guard, year after year, is chronic underfunding.

In 2004, the service found that for patrol boats, fixed-wing, and rotary-wing aircraft, it had only half the hours available to meet its statutory requirements.

Nothing has changed: Today, the Coast Guard needs to dramatically expand the size of its aviation and cutter fleets just to break even.

As for personnel, the service has a superb cadre of officer, enlisted, and civilian members — there just aren’t enough of them.

By conservative estimates, another 10,000 to 15,000 active-duty personnel are needed for the Coast Guard to get a real handle on its mission set. These upgrades will take billions of dollars.

Funding levels for federal agencies are the result of policy decisions made within the executive branch.

It is inconceivable that federal dollars would not flow freely if a study showed the nation had half as many airport screeners, meat inspectors, or air traffic controllers needed to protect the public.

Yet, for the Coast Guard, the administration has proposed for 2014 a budget that downsizes the service and shrinks its desperately needed recapitalization funding by 37 percent.

It is the responsibility of the nation’s civilian leaders, as a constitutional duty, to provide for the nation’s defense. They do so by fielding a fully manned, well-trained and properly equipped military — including the U.S. Coast Guard.

This is the time to build the Coast Guard to at least a minimum standard of capability.

The Coast Guard needs to be reinvented, and reinvigorated, to face the multitude of threats of an increasingly complex world.

So far in the 21st century, no national leaders have made the Coast Guard a priority. It is to be hoped, then, that the current administration will become the first.