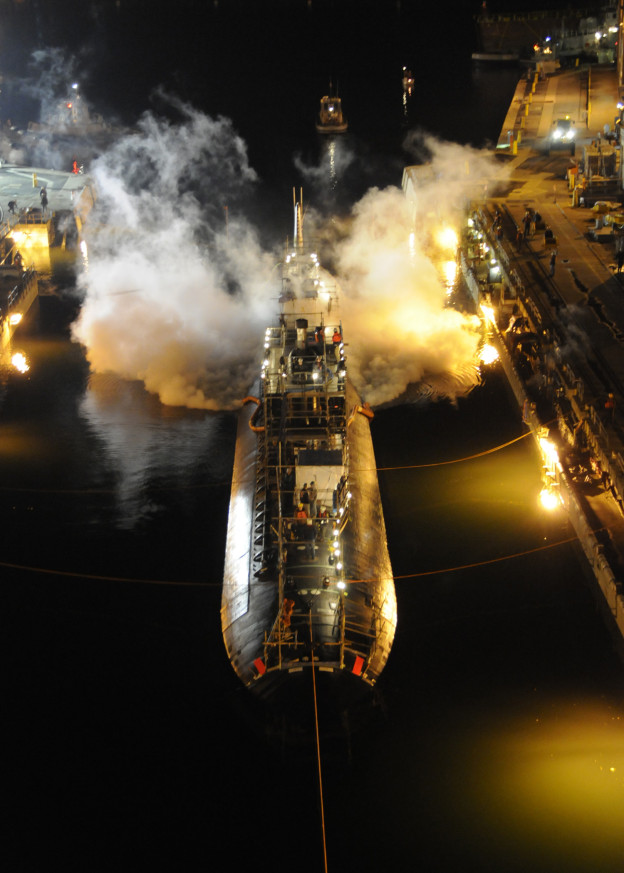 “The Navy notified Congress today of its intent to inactivate USS Miami as the prudent and fiscally responsible choice in the face of sequestration,” according to the Navy statement.
“Following a comprehensive damage assessment over the past year, the Navy now has a clearer picture of the work scope and cost of repairs to Miami resulting from an arson fire in 2012.”

The basement found the submarine had suffered environmentally assisted cracking in piping in “the air, hydraulic, and cooling water systems, a significant number of components in the torpedo room and auxiliary machinery room would require replacement. This increased the cost of the repair,” the Navy said in a statement.

The service claimed that the so-called sequestration cuts — part of the 2011 Budget Control Act — made funding the Miami repair and other ship availabilities impossible. The service said it would need $390 million in additional funding as part of its Fiscal Year 2014 budget request to repair Miami “would require cancellation of dozens of remaining [maintenance] availabilities on surface ships and submarines,” the service said.

Estimates in March placed the cost to repair Miami at $450 million. Navy officials said new estimates placed the repair cost at about $700 million.

In March, Casey James Fury, 25, plead guilty in November to setting a May 23, 2012 fire aboard the Los Angeles-class submarine that was under repair in the Portsmouth Naval Shipyard in Kittery, Maine.