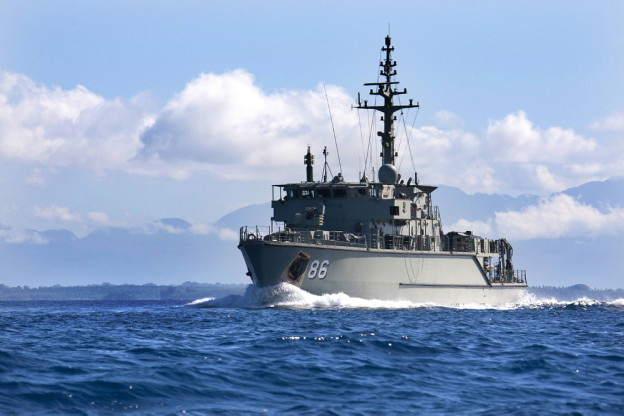 The vessel would either come from U.S. 7th Fleet’s homeport in Japan or Australia’s Fleet Base East in Sydney, according to the report.

It is unclear is the mine ship will be a U.S. Navy Avenger class mine countermeasure ship or an Australian vessel.

Navy officials at the Pentagon did not have any additional details on the operation and could not confirm the report from the Perth Now news service.

“Dive teams have been sent to the area to try and locate the weapons, but Navy sources said it would require specialist underwater detection equipment to identify the bombs,” reported Perth Now.

“The Harriers had intended to drop the ordnance in Townshend Island Range but controllers reported the area was not clear of hazards. Due to low fuel and inability to land with the amount of ordnance they were carrying, the on scene commander determined it was necessary to designate an emergency jettison area for the ordnance,” according to a statement from U.S. 7th Fleet issued on July 20.

“The selected emergency jettison area was in a deep channel away from the reef to minimize the possibility of reef damage,” according to a statement from U.S.
“It is approximately 50 to 60 meters deep and does not pose a hazard to shipping or navigation.”

The Harriers were flying in support of the Talisman Saber 2013, a joint exercise conducted between the U.S. and Australia.