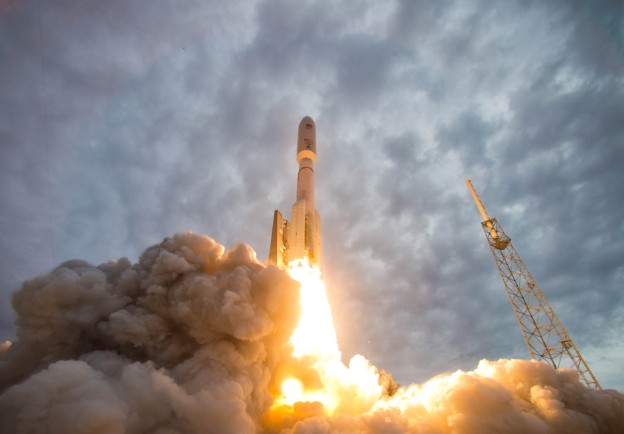 As the program develops, the constellation will create a network that will allow ships, aircrafts, submarines and other troops to communicate at speeds equivalent to a 3G cellular phone, according to information from the Navy.

The Navy plans to have coverage over the Indian, Atlantic, Pacific oceans as well as the continental United States in addition to a spare satellite.

MUOS-2 follows MUOS-1’s deployment to an orbit overlooking the Pacific. The Navy is still deciding where to focus MUOS-2, according to press reports.

Construction of the ground station on the Italian island of Sicily has been put on hold since April after the local government — following local protests — issued a stop-work order over concerns of excessive electromagnetic radiation could harm the population. 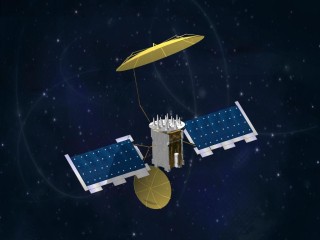 Other aspects of the program have come under fire in the past for developmental delays that blunt the utility of MUOS.

MUOS was planned to be paired with the Joint Tactical Radio System (JTRS), a program that was cancelled in 2011. Elements of the program still exist, but currently the Pentagon does not field production field radios that are able to take advantage of the high-end data and voice transfer capability of MUOS.

General Dynamics reported in 2012 it had conducted a successful tests with the company’s AN/PRC-155 experimental radios with the MUOS system.

All the services are keen on acquiring the capability that promises on-the-move communications through tough environments, like thick tree canopies. Most satellite communications with UFO for units in the field require troops to remain stationary and have an uninterrupted line-of-sight to a communications satellite.