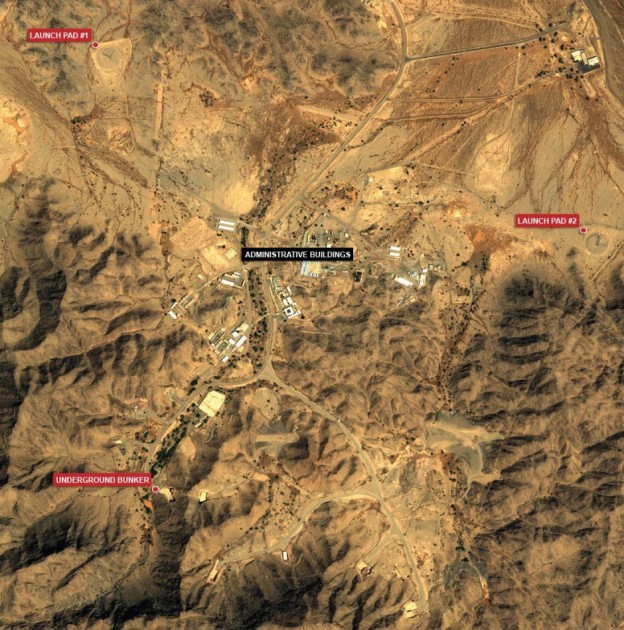 According to the report, one launch pad is oriented toward Israeli targets — including Tel Aviv — while a second pad is set to send missiles in the direction of Tehran.

The site at Al-Watah is well within the range of the DF-3s, according to Jane’s.
“The liquid-fuelled DF-3 was an early Chinese nuclear weapon delivery system and is believed to have a range of at least [1,242 miles] with a [4,400 pound] warhead. Saudi DF-3s would have a significantly longer range if fitted with lighter conventional warheads,”

“Our assessment suggests that this base is either partly or fully operational, with the launch pads pointing in the directions of Israel and Iran respectively,” said Robert Munks, deputy editor of Jane’s Intelligence Review in a statement.

The DF-3 missiles are launched from a mobile transport erector launcher (TEL) but lack off-road ability, necessitating the need for the pads to deploy the weapons quickly and accurately. 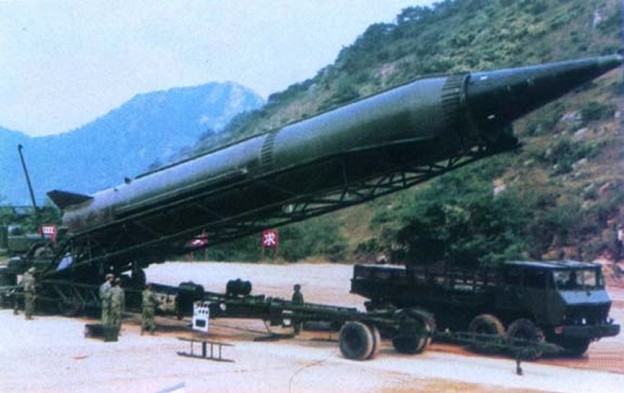 An undated photo of a Chinese DF-3 missile. Federation of American Scientists Photo

“We cannot be certain that the missiles are pointed specifically at Tel Aviv and Tehran themselves, but if they were to be launched, you would expect them to be targeting major cities. We do not want to make too many inferences about the Saudi strategy, but clearly Saudi Arabia does not enjoy good relations with either Iran or Israel,” Munks said.

Given how inaccurate the DF-3s are reported to be, the discovery of the site could indicate the Saudis are hedging bets against the development of an Iranian nuclear weapon.