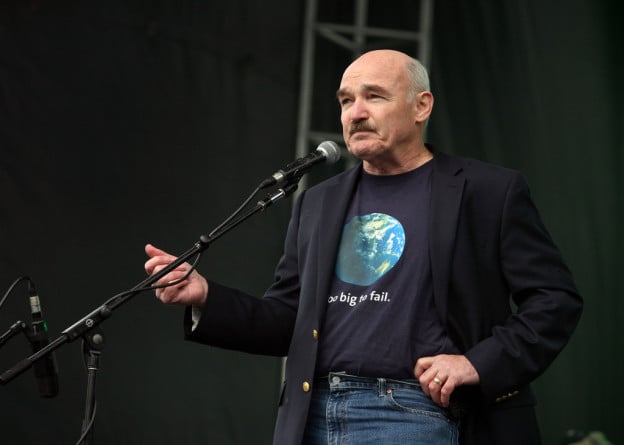 Retired Vice Adm. Dennis V. McGinn — former president and chief executive of the American Council of Renewable Energy — has been nominated to be the Navy’s assistant secretary for energy, installations, and environment.

The vocal advocate for renewable energy resources — if confirmed by the Senate — will head the office in charge of maintaining naval installations, the Navy’s environmental programs and, “conservation of natural and cultural resources,” according to office’s website.

The Navy has come under fire from lawmakers over its ongoing pursuit of renewable jet and ship fuel derived from algae and camelina plants.

The experimental fuel —bought in limited quantities — costs $26 a gallon compared to $3.60 for conventional fuel, according to 2012 information from the Navy. The service spends about $4 to 5 billion on fuel a year to power its ships and aircraft, according to Navy budget documents.

Last year the Senate allowed the Navy to continue tests of its biofuel program under Secretary of the Navy Ray Mabus so-called “Great Green Fleet,” initiative after a contentious debate.

In response to the Navy’s plans, Sen. John McCain (R-Ariz.) told Mabus the pursuit of the fuels was a, “is a terrible misplacement of priorities” in a July 2012 letter.

McGinn has been a vocal supporter of consumer biofuels in the past.

During his time in the service, McGinn served as a naval aviator and retired as the Deputy Chief of Naval Operations for Warfare Requirements and Programs at the Pentagon.